Enjoying Palermo's street food is a unique experience that will allow you to dive into the local culture and the city's adventurous history. The tradition of selling takeaway food in Palermo comes from the melting pot of cultures who have lived in the city throughout the time, including Africans, Romans, Greeks, Spaniards, Jews and Arabs. Each people introduced its food tradition and altogether gave rise to the spiced and crispy bites, often prepared in plain sight by the seasoned food experts of the city. Within this food tour, you will taste the best of Sicilian street food, walking in the loud and colorful historical city center, escorted by your local foodie.Here is a list of your possible tastings: - Panino with panelle and crocchè: the beating heart of Palermo’s street food is a sesame bread stuffed with mashed potatoes “balls” or with chickpeas omelet - Sfincione: made with a pizza-like dough covered with fresh tomato salsa, anchovies paste, capers and onion. Sfincione is the super tasty idea of pizza from Palermo - Rice arancina: famous all around the world, this rice ball is filled with different ingredients (meat, smoked ham, spinach, mixed cheeses and so much more) and then deep-fried according to the centuries-long tradition - Sicilian cannoli: the waffle, traditionally shaped around a hot metallic bar, filled with a sweet and creamy paste made with ricotta cheese, candied fruit, crunchy pistachios from the country surrounding the city or dark chocolate drops. A colourful as well as a sweet explosion of taste - Ice cream with brioche: ice cream served in a round brioche, that has a little top in the middle ("o´tuppoin") - Sicilian granita: the perfect option to chill in a warm summer afternoon. It is served in a glass and it is meant for concluding in a great way a rich meal

Near the Church of Santa Maria della Catena. 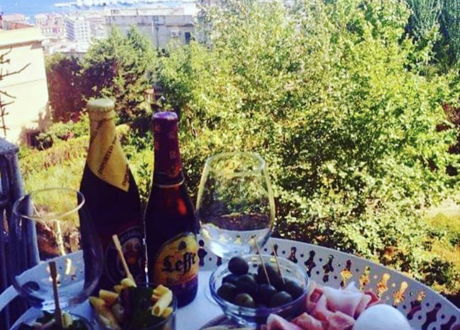 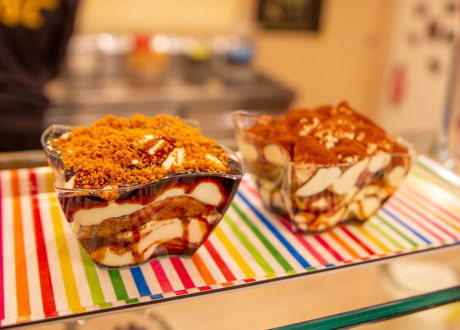 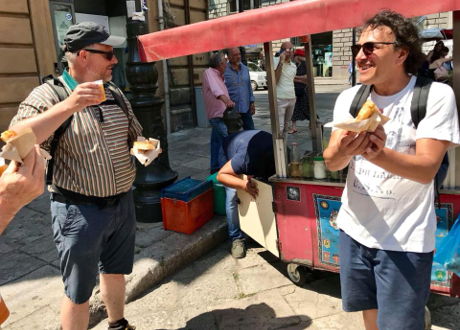 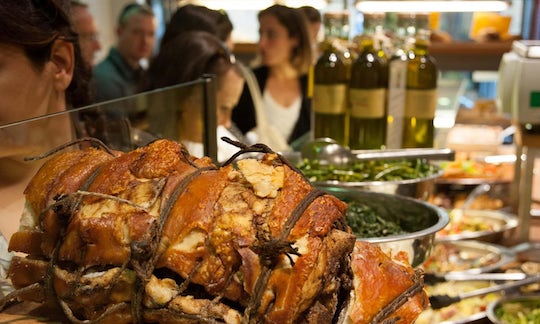 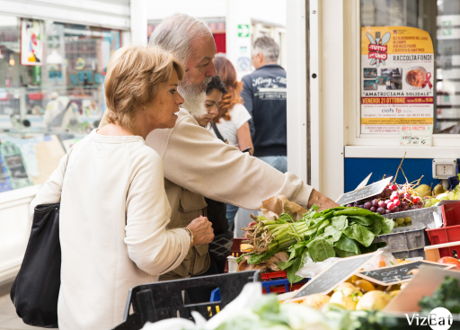 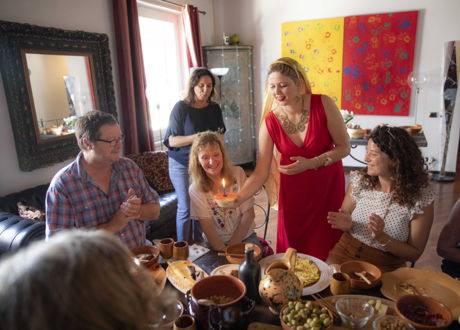 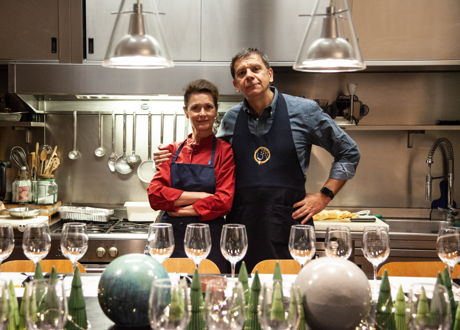