Green Grotto is 1,525 metres long and 12 metres deep. It is characterised by numerous chambers, light holes and a subterranean lake – the Grotto Lake – occupies its bowels. Situated on 25.9 hectares of the island’s beautiful North Coast. The Green Grotto Cave is surrounded by thick vegetation and supplied with pristine waters flowing from its secret depths. The central feature of this natural attraction is the large labyrinthine limestone cave with its unique rock formations, its stalactites, stalagmites and abundance of overhead ceiling pockets, bats and a wishing well that no one really knows it’s depth. On arrival at the location gear-up for a one-hour journey into this underworld charm with your resident guide, it will surely leave you speechless! All the features of the cave are still in their pristine state. The Green Grotto Cave provided scenes for several movies such as “Live and Let Die” and many others. It is a must-do marvelous wonder that will make your vacation complete.

A rare experience awaits you at the world famous Dunns River Falls where you climb the falls in a human chain led by experienced Falls Guides. Dunn's River Falls Park is the perfect environment for fun and relaxation for the entire family. There is a delightful new discovery around every corner. Your friendly resident guide will walk you do to the beach where the tour starts. The total climb from the beach to the top is approximately 600ft (183 meters). There are pools along the way where you will stop for photo shoots and frolicking. Allow the cascades to hug you while you make your way up. Pause at the 'massage parlour' and experience the soothing effects of the water as it cascades to the sea. There are exit points along the way if you want to quit – If you do, meet up with the rest of your group at the finish. For the less brave - live vicariously. View the activities of the more intrepid from the "safe" vantage point of the terrace or deck. Total time approx. 1 hour 30 minutes.

The town of Discovery Bay is where you will find Columbus Park. It was originally named Puerto Seco “Dry Harbour” by Christopher Columbus in 1494 when he and his men landed on the Island. It is said that could not find fresh water to drink. They later found fresh water in another area about 5 miles west of the town. The water was so good that they named the location where it was found Rio Bueno (“Good River”). However, the town of Puerto Seco was later renamed in 1947 to Discovery Bay because Discovery Bay is where the Spanish, lead by Christopher Columbus landed when they invaded the Island on May 4, 1494. There is a park with several old relics and artifacts on display (The Park is temporarily closed for renovations). There will be a brief stop to take photos and capture the rich history of this historic town.

This Rose Hall Great House is an early 18th century plantation home that sits on a high elevation on thousands of acres in Rose Hall, Montego Bay. The Rose Hall Great House was once owned by the famous and certainly one of the wickedest plantation owners to walk the land of Jamaica, Annie Palmer. She owned hundreds of slaves. Annie Palmer managed to kill three of her four husbands – she was strangled by the fourth. This house became haunted after her gruesome death in 1831. The house is scary to look at even in the daytime. There is no stop at the Rose Hall Great House on your way to Green Grotto and Dunns River Falls however, your tour guide will tell you the history and slow down so that you can take photos.

Scotchies Outdoor Garden Restaurant is undoubtedly the best jerk chicken and pork spots you can find anywhere. We recommend that you cap off your day’s activities with a stop for the ultimate jerk experience at Scotchies. The food is prepared with the whole family in mind so even the children can take advantage of this amazing experience of tender juicy pork and succulent chicken with festival. Steamed vegetable is also available for non-meat eaters. Don’t forget to challenge the homemade Scotchies specialty hot sauce made from local sun ripened Scotch Bonnet Pepper

We pickup from most hotels. Customers are required to contact us at the information provided at least 24 hours prior to the scheduled pickup time to reconfirm your booking and arrange a central pickup point 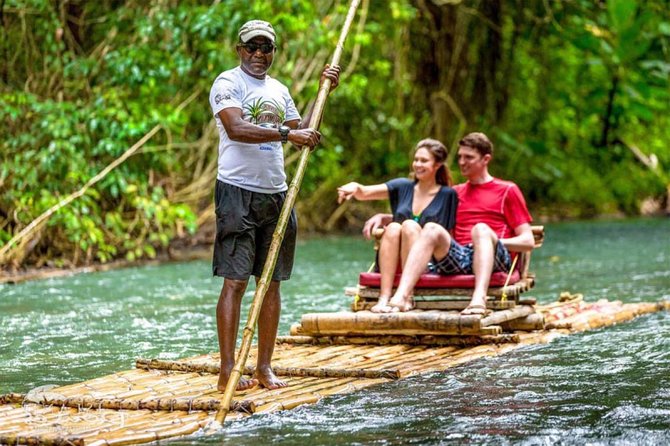 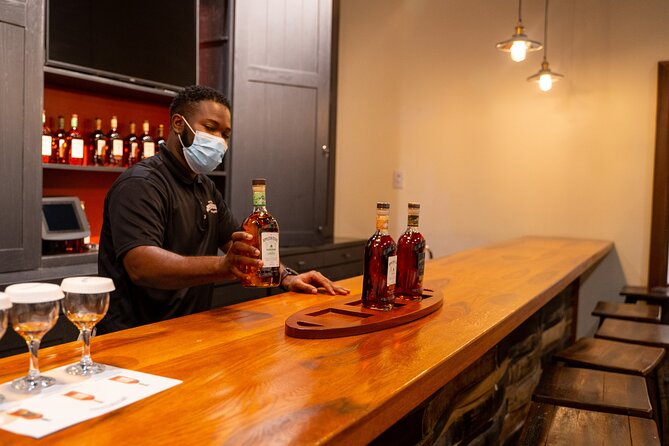 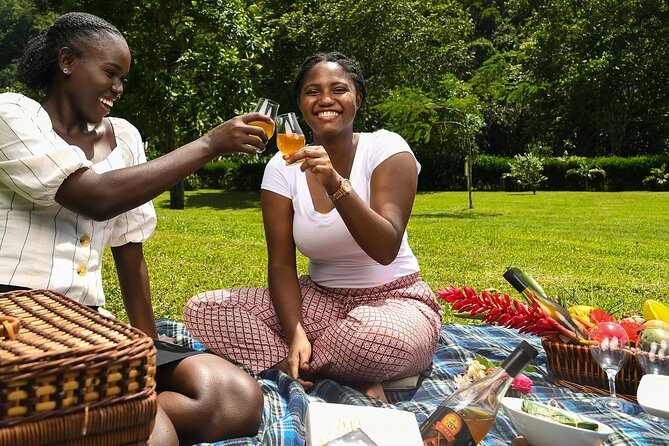 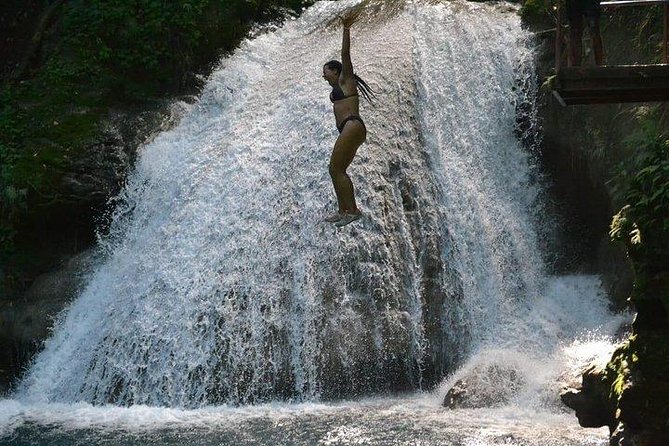 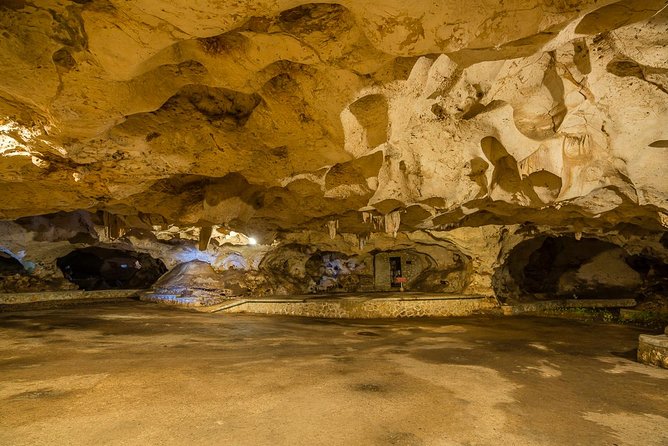 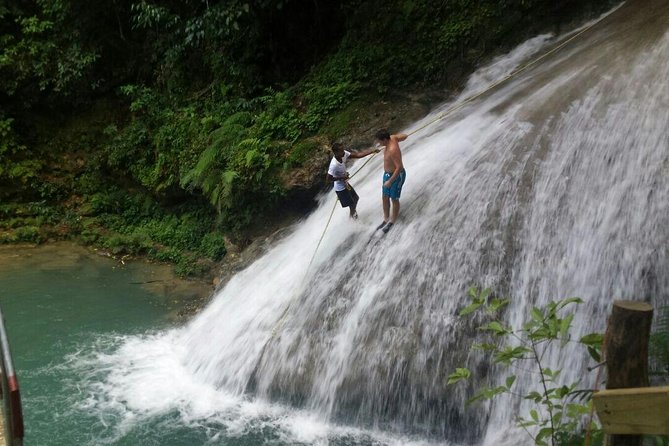 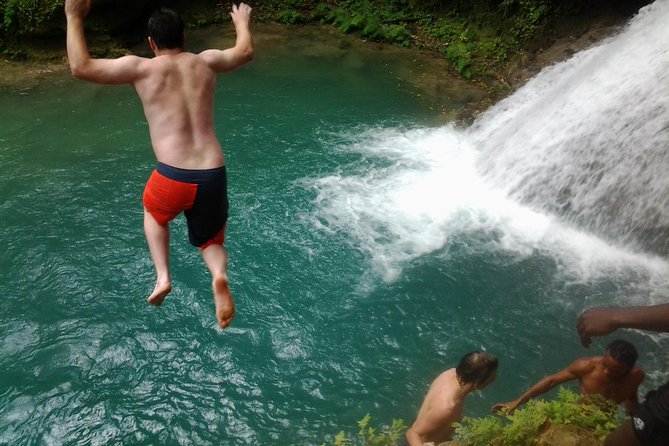 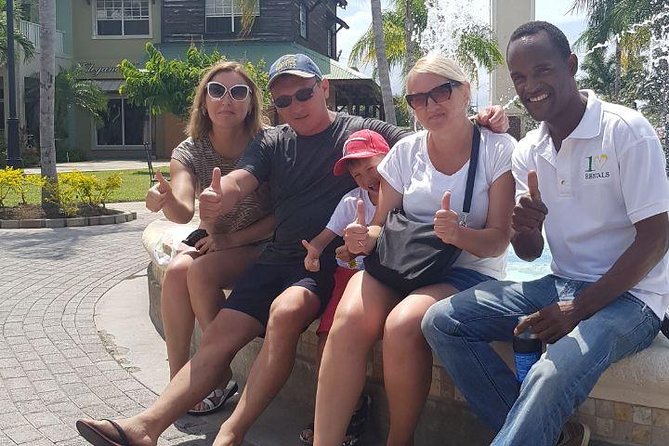