This Rose Hall Great House is an early 18th century plantation home that sits on a high elevation on thousands of acres in Rose Hall, Montego Bay. The Rose Hall Great House was once owned by the famous and certainly one of the wickedest plantation owners to walk the land of Jamaica, Annie Palmer. She owned hundreds of slaves. This house became haunted after her gruesome death in 1831. The house is scary to look at even in the daytime. There is no stop at the Rose all Great House on your way to Negril however, your tour guide will tell you the history and slow down so that you can take photos.

Bob Marley was born on February 6th, 1945. He died on May 11th, 1981. Visiting this small town is a priority for all tourists, cruise ship and stopover passengers alike from Ocho Rios, Falmouth, Montego Bay and from as far as Negril in the west. Nine Miles is a tiny village in hills of St. Ann where the reggae legend, Bob Marley was born, and fittingly, the place he’s now laid to rest. Although Bob Marley moved to Kingston at age 13 to live with his mother and to advance his music career, he would often return to Nine Miles to get away from the fast pace life of Kingston. Home is where the heart is and Bob Marley wrote several of his hit songs when he was in St. Ann. Nine Miles Jamaica was always his home and to have the full experience of Bob Marley; you will have to visit this village. A tour of this settlement will leave you with a greater understanding of the legend Bob became; in fact, the community today is pretty much how it was in Bob Marley’s early days. A Rastafarian tour guide will be on hand to guide you around the property and answer all your questions. Still present, is his first home and the very bed he slept in as a young child also as an adult when he would return on his many “cooling out” visits. The rock that he used as a pillow, on which he would relax. Quite a few guests have said that they have felt the presence of Bob Marley. The Nine Mile Tour includes his birth and resting place, what he liked to do and Mount Zion, the spot where he drew his inspiration from to write his songs. Visit the nearby Ethiopian church where his body was laid to rest with his guitar. Please remove your shoes before you enter as a sign of respect. Feel free to look around. After Nine Mile Tour there will be a stop for lunch at one of our local jerk chicken Restaurants.

The world famous Dunns River Falls is undoubtedly the most gentle & beautiful waterfall. By now, you should be wearing your swimsuits so all you have to do is to get checked-in, meet with your resident guide, go through the briefing, sign the waiver form and get on with the fun at hand. There are professional photographers stationed at Dunns River that will accompany you on the trip – you can purchase your pictures at the end if you like but, feel free to take your waterproof cameras with you and your Falls Guide will assist you by taking pictures. Your walk to the starting point will be about 2 minutes down to the beach where you will start the 600ft. (183 metres) climb. Be prepared for the cool, refreshing water hitting your body for the first time Your total time at Dunns River Falls will be approx. 1 hour 45 minutes. If you are unable to complete the climb it’s no problem - there are exit points along the way for you to abort. Feel free to ask your tour guide just to point out the areas of the falls that featured in the James Bond movie (Doctor No). Kindly head directly to the bus as soon as the climb is complete.

The town of Discovery Bay is where you will find Columbus Park. It was originally named Puerto Seco (“Dry Harbour”) by Christopher Columbus in 1494 when he and his men landed on the Island. It is said that could not find fresh water to drink. They later found fresh water in another area about 5 miles west of the town. The water was so good that they named the location where it was found Rio Bueno (“Good River”). However, the town of Puerto Seco was later renamed in 1947 to Discovery Bay because Discovery Bay is where the Spanish, lead by Christopher Columbus landed when they invaded the Island on May 4, 1494. There is a park with several old relics and artifacts on display. There will be a brief stop to take photos and capture the rich history of this historic town.

We pick up from most Montego Bay Hotels and other accommodations. You must contact your local supplier at the number provided at least 24 hours prior to the day of the tour to confirm your hotel or central pick up point. 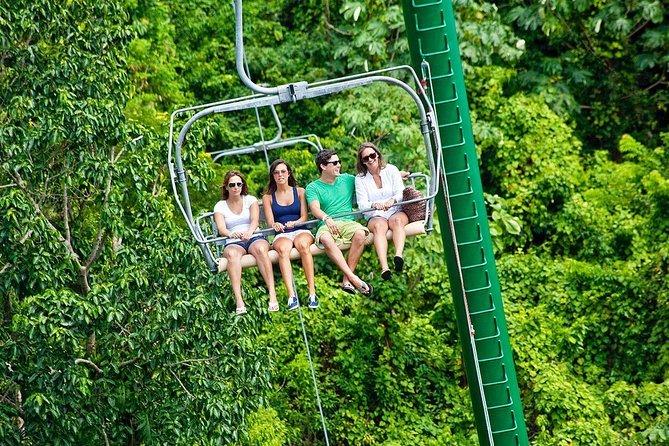 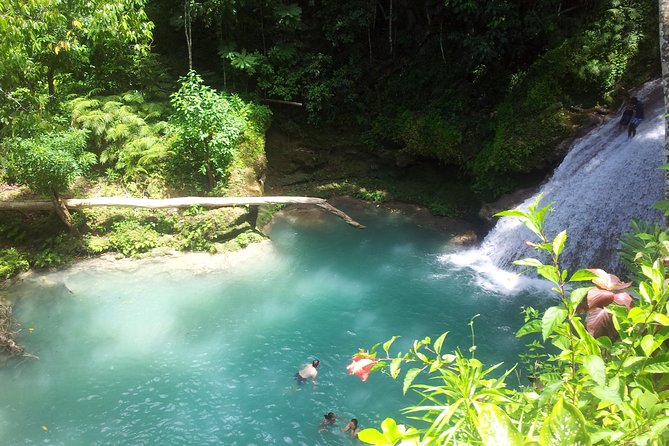 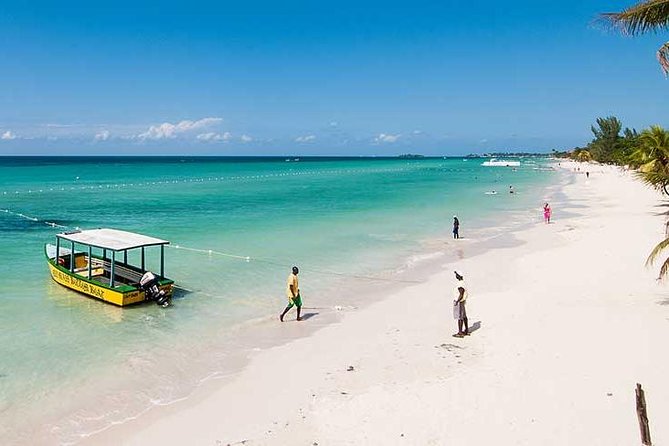 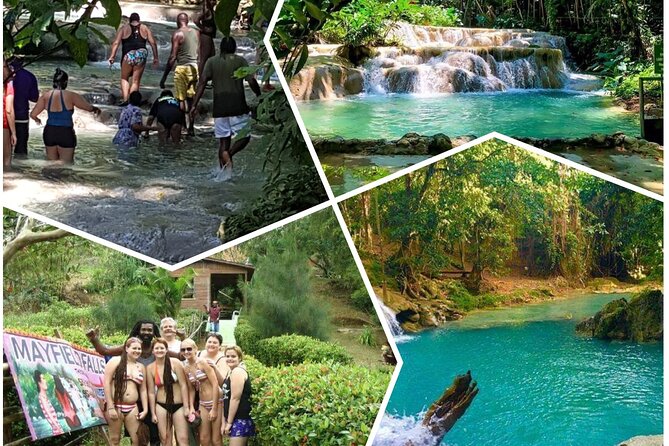 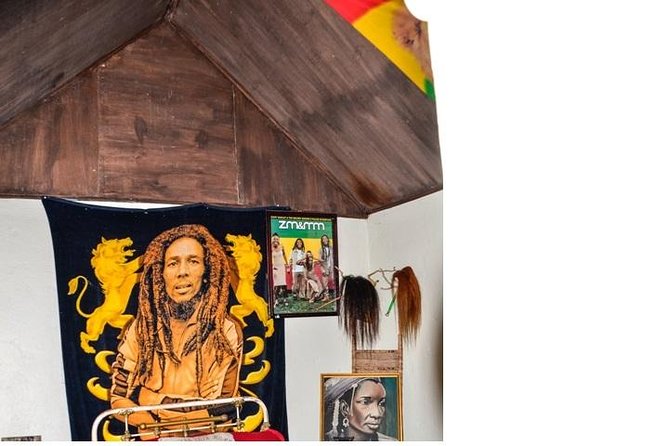 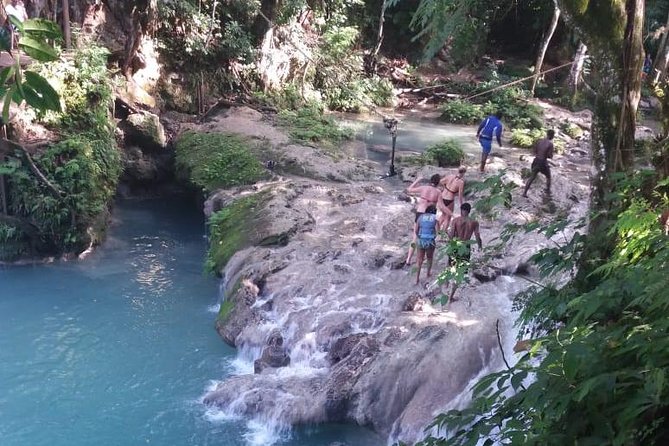 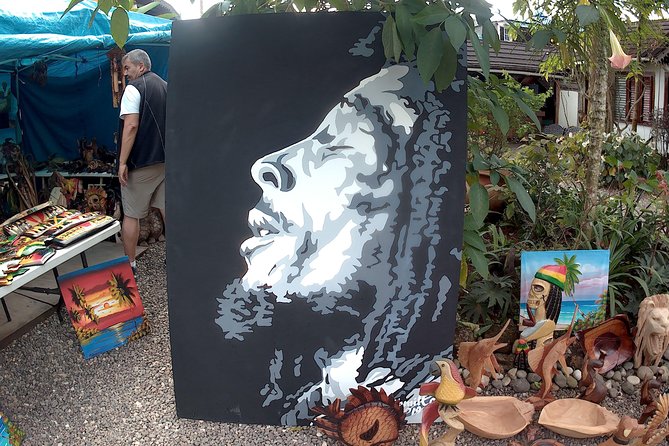 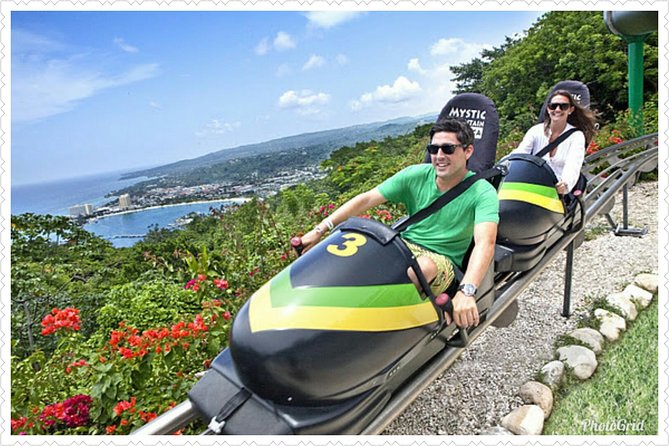