The town of Discovery Bay is where you will find Columbus Park. It was originally named Puerto Seco “Dry Harbour” by Christopher Columbus in 1494 when he and his men landed on the Island. It is said that could not find fresh water to drink. They later found fresh water in another area about 5 miles west of the town. The water was so good that they named the location where it was found Rio Bueno “Good River”. However, the town of Puerto Seco was later renamed in 1947 to Discovery Bay because Discovery Bay is where the Spanish, lead by Christopher Columbus landed when they invaded the Island on May 4, 1494. There is a park with several old relics and artifacts on display (Park temporarily closed for renovations). There will be a brief stop to take photos and capture the rich history of this historic town.

This Rose Hall Great House is an early 18th century plantation home that sits on a high elevation on thousands of acres in Rose Hall, Montego Bay. The Rose Hall Great House was once owned by the famous and certainly one of the wickedest plantation owners to walk the land of Jamaica, Annie Palmer. She owned hundreds of slaves. Annie Palmer managed to kill three of her four husbands – she was strangled by the fourth. This house became haunted after her gruesome death in 1831. The house is scary to look at even in the daytime. On this tour there is no stop at the Rose Hall Haunted Mansion however, your tour guide will tell you the history and slow down so that you can take photos.

Come! Let us take you on a memorable journey to one of the world’s famous fun-filled locations in Negril, Jamaica! Your pleasant and knowledgeable tour guides will meet you at your hotel as you prepare for a memorable day trip to Negril which is located on the western coast of the island. The ride from the resort will take you along the scenic and pristine northern coastline until you reach the group's location at Negril's Seven Mile Beach carefully selected by your team of guides! You will have approx..3 hours on the Seven Mile Beach to indulge yourself in swimming, relaxing, sunbathing or even participating in various watersport activities such as snorkeling the reefs, boating, etc. for an additional fee. It is very rare to see a beach that is seven miles long from end to end as far as the eye can see on both ends so, we implore you to take full advantage of this rare opportunity. Feel free to take a romantic walk or just simply go for a jog on the sand.

The world famous Rick's Café, founded in 1974, is undoubtedly the epic Negril hangout spot for locals and visitors alike! Strategically located along the cliffs of Jamaica’s most western tip, Rick’s Café easily takes the prize for a must-do attraction that you don’t want to miss! Nowhere else in the world do you get the opportunity to see the daring 100ft. free style cliff dives. Visitors also participate in the cliff jumps from a low of 10ft. to high of 40ft. – take your pick, of course at your own risk (optional). Feel the adrenaline rush just watching the show put on by local divers who grew up practicing their skills right there on the cliffs. This is where you watch the most beautiful golden sunset, enjoy drinks and food at the bar or on the terrace (extra cost) chosen from a menu with an array of unique choices, while dancing to the soothing sounds of live reggae music put on by some of our popular local entertainers. When the sun set it will be time to your pickup Point.

We pickup from most hotels/accommodations. Customers are required to contact us at the information provided at least 24 hours prior to the day of the tour to reconfirm your booking and arrange a central pickup point. 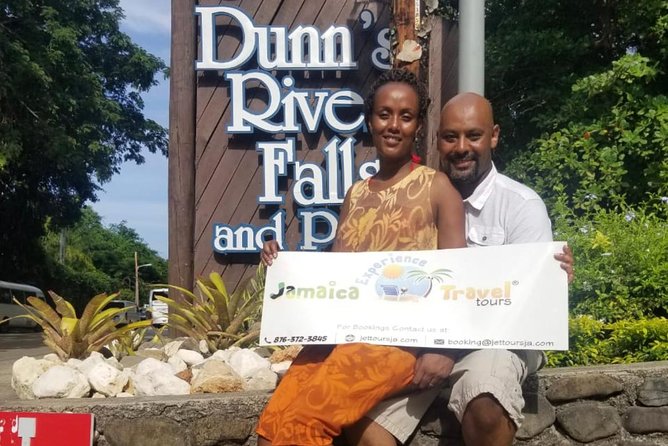 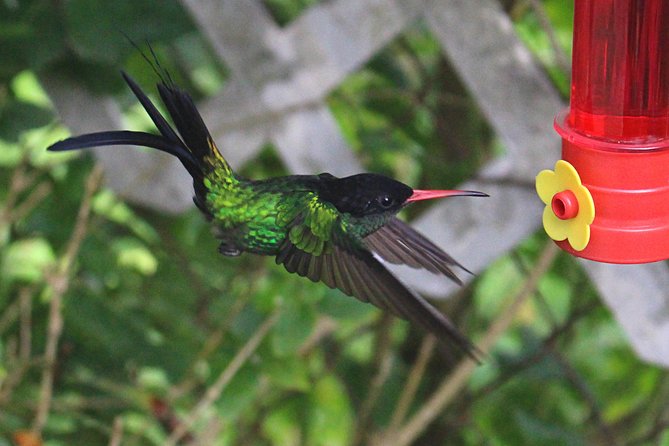 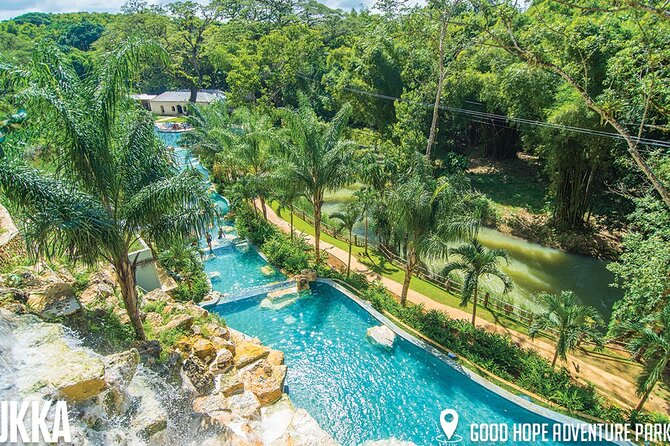 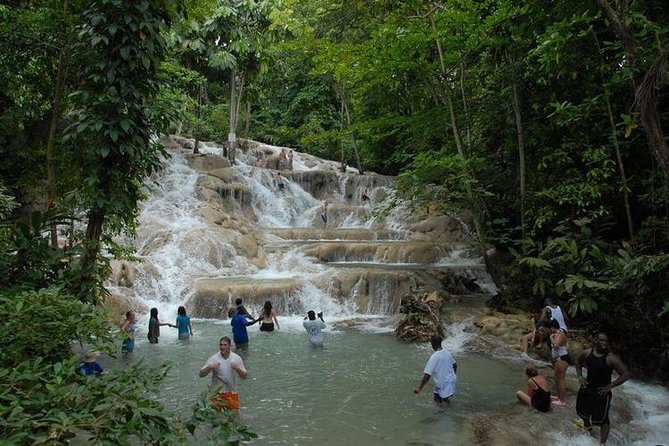 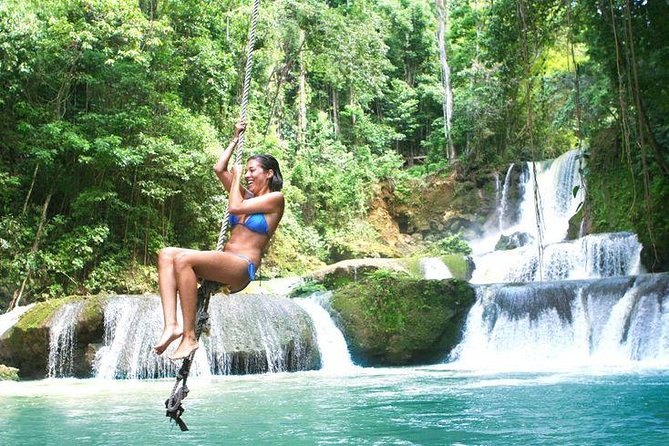 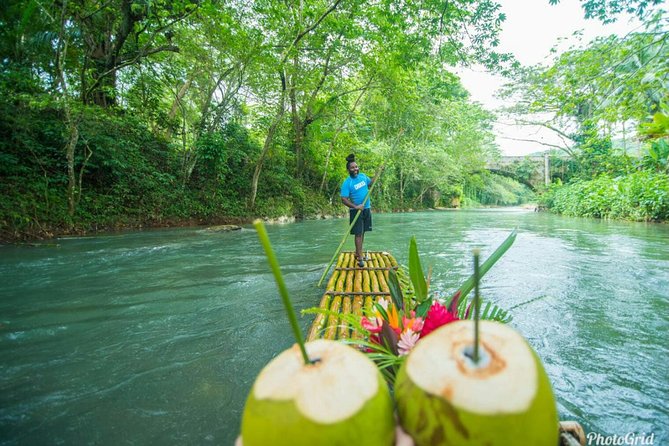 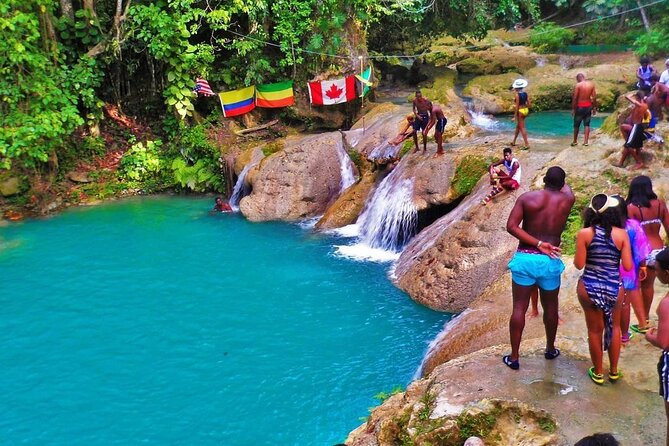 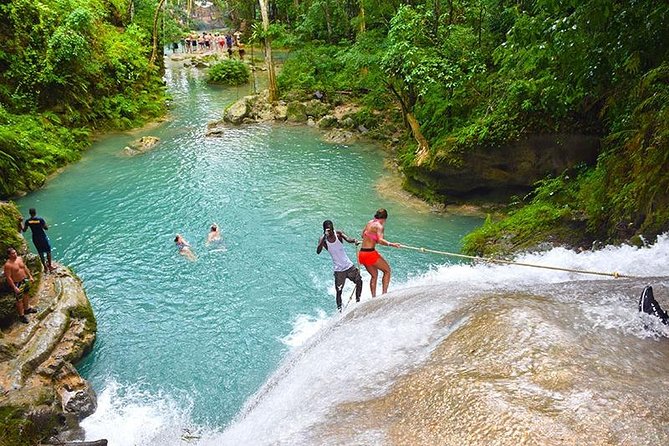