As if Oman didn't have enough forts, they've just built a new one. Unlike its dusty old predecessors, however, with their all but empty interiors, this crenellated building has a covered courtyard with a flowing falaj and dining tables. This unique restaurant also offers traditional floor seating in the lit alcoves, a perfect setting for the tasty traditional cuisine.

The exursion allows you to learn more about the production of perfumes and the rich heritage of the perfume industry in Oman. You will see the production process, various ingredients and technologies.

Exploring the Nizwa Souq Oman is one of the top things to do in the Sultanate. It is one of the oldest markets in the country and you will find fruit, meat, sweets, pottery, souvenirs and antiques... there is a lot to discover as you stroll through in the middle of the locals.

Nizwa Fort (قلعة نزوى) is one of the most popular tourist attractions in Oman due to the fact that it is an amazing example of old Omani architecture that provides an illustration of the way Omani people used to live in ancient times. The oldest part of Nizwa Fort was originally constructed by imam Al Sult bin Malik Al Kharusi in the ninth century and was later renovated by imam Sultan bin Saif Al Yarubi in the 17th century. Imam Sultan bin Saif Al Yarubi is known as the imam responsible for removing the Portuguese from Oman.

abal Shams or Jebel Shams is a mountain located in northeastern Oman north of Al Hamra town. It is known as Jabal Shams because it is the first place to receive sunrise in Oman due to its high peak. It is the highest mountain of the Hajar range and the country.

There you can enjoy the spectacular views of the fertile valley with its spreading trees and abundant water that tumbles down as waterfalls in some areas to form natural pools of water. The road then cuts through the valley to reach Muqal town, well known for its cave. To explore this cave, you’ll have to exercise great caution as you may need to crawl or even scramble in some places. Here the gushing waters creates a loud rushing sound and collects in pools, only to dissipate and gather - once again – in small lakes which the villagers have used to fill three irrigation canals.

he Wahiba Sands is a large desert area just four hours drive from Muscat. Its geography is mixed: in the north are smaller dunes and wide flat areas, to the east the dunes pile up to 100 metres against the ocean, and in the south, at Barr El Hikman, is a vast expanse of flat sand dotted with treacherous salt flats and home to huge populations of migrating birds.

One of the most popular eco-tourism activities in Oman is turtle viewing. Oman is home to several important nesting sites for four different species of turtle: the endangered Green Turtle, the Olive Ridley Turtle, the Loggerhead Turtle, and the critically endangered Hawksbill Turtle. Not known to many, the best time to travel and see the turtle hatching is during summer time, between May and September. Being in the Middle East and understandably so, there is always that hesitation in traveling due to the temperature and humidity. Truth is, Ras Al Hadd enjoys a comfortable weather all through out the year and during summer time averaging 25°c and 36°c. Turtle nesting tours at Ras Al Jinz allow visitors to witness the spectacle in an intimate fashion without fear of interrupting the creatures themselves. The turtle sanctuary at Ras Al Jinz combines an interactive museum with research laboratories and a wide range of amenities for visitors to learn all about the wonders of these ancient creatures in a family-friendly environment.

The Bimmah Sinkhole, located in Hawiyat Najm Park , literally meaning Meteor Fall Park in Arabic, is a sinkhole in the Muscat governorate of Oman. You can get to the sinkhole in about 1.5 hours from Muscat, and despite being technically in Muscat governorate, the sinkhole is actually very close to Al Sharqiyah region just off the high way to Sur, few kilometers before Tiwi. You can spend a couple of minutes just taking pictures of this amazing sinkhole, or more than an hour swimming in the clear turquoise water, but either way you should definitely stop here if you are heading to Al Sharqiyah governorate. We usually visit Bimmah Sinkhole on our way back from a trip to Wadi Shab or Wadi Al Arbaeen.

The Royal Opera House Muscat (ROHM) is Oman's premier venue for musical arts and culture. Built on the royal orders of Sultan Qaboos of Oman, the Royal Opera House reflects unique contemporary Omani architecture, and has a capacity to accommodate maximum of 1,100 people. The opera house complex consists of a concert theatre, auditorium, formal landscaped gardens, cultural market with retail, luxury restaurants and an art centre for musical, theatrical and operatic productions.

Many people come to Mutrah Corniche just to visit the souq, which retains the chaotic interest of a traditional Arab market albeit housed under modern timber roofing. Shops selling Omani and Indian artefacts together with a few antiques jostle among more traditional textile, hardware and jewellery stores. Bargaining is expected although discounts tend to be small. Cards are generally accepted in most shops, but bring cash for better deals.

Built by the Portuguese in the 1580s, this fort dominates the eastern end of Mutrah harbour. Used for military purposes, it has at long last reopened to visitors. There's not much to see inside although the three-tower structure may be of interest to military buffs. Even if you have fort fatigue, it's fun to scale the flank of the building for a good view of Mutrah and the ocean.

Stop At: The National Museum

Housed in an imposing new building in the heart of Old Muscat, the National Museum makes a fitting consort for the Sultan's Palace opposite. The emphasis of this contemporary museum is on quality rather than quantity, with space, light and height used to enhance the selective displays showcasing the heritage of Oman. Giant screens and high-tech devices bring the artefacts alive. There's a particularly strong and innovative multimedia section on maritime history.

Al Alam Palace is the ceremonial palace of His Majesty the Sultan. The palace is located in the heart of the Old Muscat, it is surrounded by the Al Jalali and Al Mirani forts and will soon be facing the upcoming National Museum of Oman. Former Sultan’s used to live in a house called Bait Al Alam which was demolished in the early 70s to build this new Palace in its place to be the official residence of the Sultan of Oman. 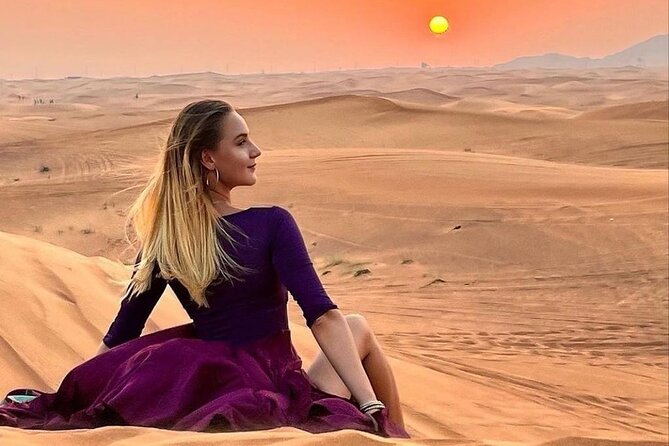 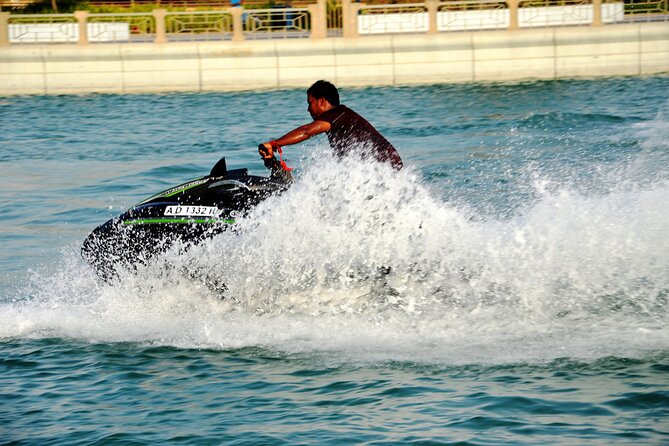 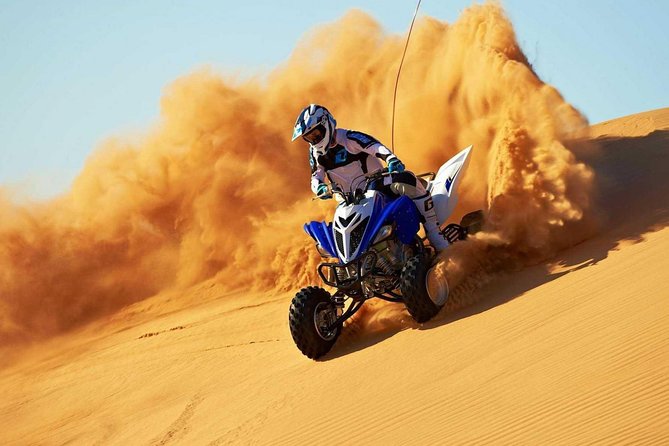 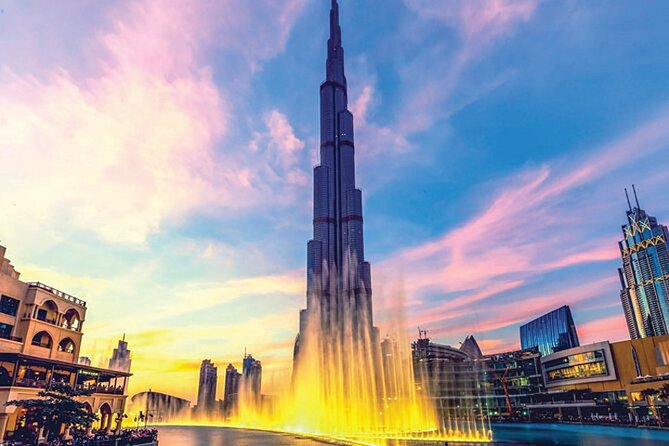 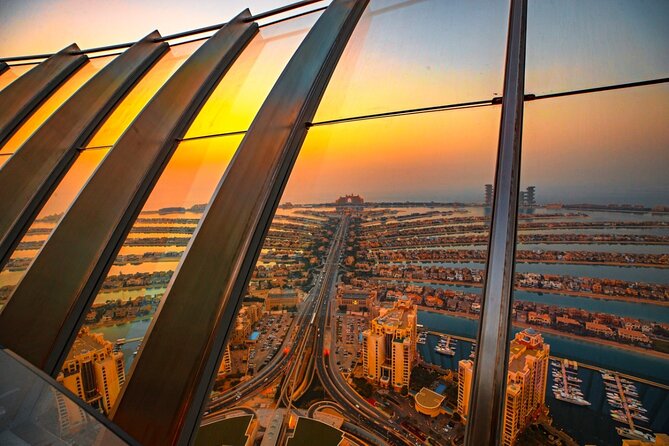 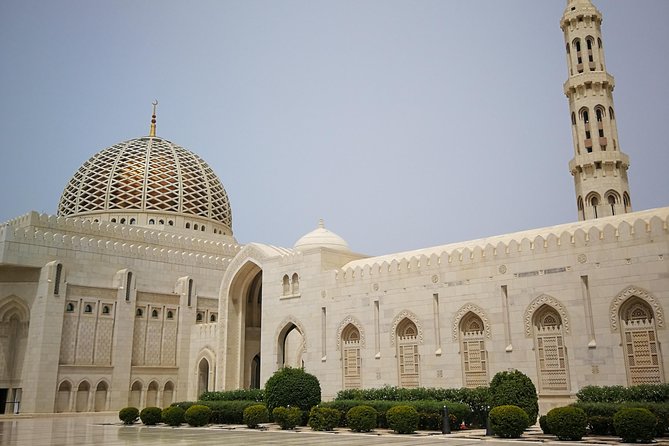 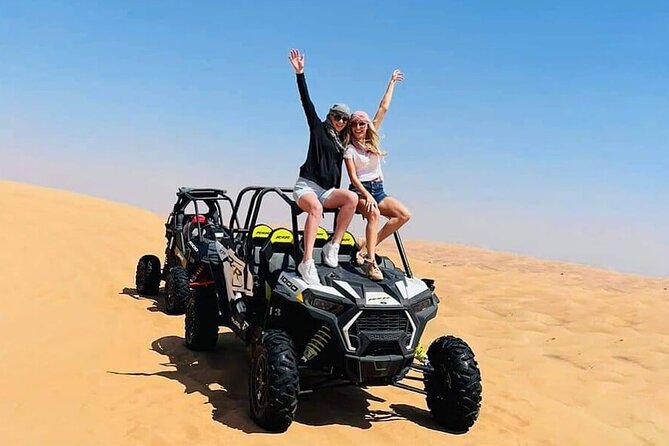 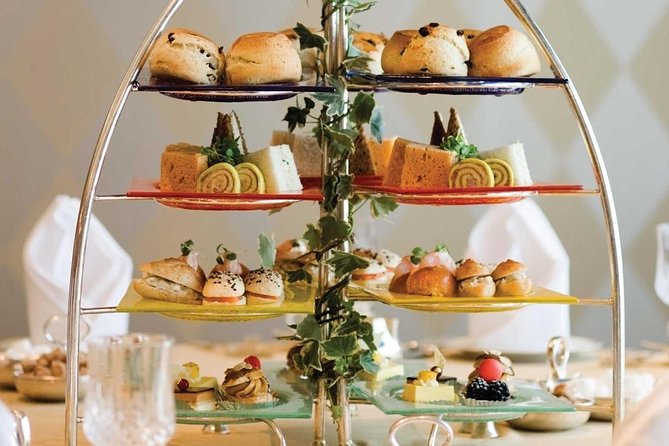