Visitors from around the world come to Washington, DC to tour the White House, the home, and office of the U.S. President. Built between 1792 and 1800, the White House is one of the oldest public buildings in the nation's capital and serves as a museum of American history. George Washington selected the site for the White House in 1791 and chose the design submitted by Irish-born architect James Hoban. The historic structure has been expanded and renovated many times throughout history. There are 132 rooms on 6 levels. The decor includes a collection of fine and decorative arts, such as historic paintings, sculpture, furniture, and China.

The Jefferson Memorial in Washington, DC is a dome-shaped rotunda that honors our third president, Thomas Jefferson. A 19-foot bronze statue of Jefferson is surrounded by passages from the Declaration of Independence and Jefferson’s other writings. The Jefferson Memorial is one of the most popular attractions in the nation's capital and is located on the Tidal Basin, surrounded by a grove of trees making it especially beautiful during Cherry Blossom season in the spring. From the top steps of the memorial, you can see one of the best views of the White House. During the warmer months of the year, you may rent a paddle boat to really enjoy the scenery.

The FDR Memorial is one of Washington DC's top attractions and honors Franklin D. Roosevelt for leading the United States through the Great Depression and World War II. This impressive park-like memorial is spread over 7.5 acres and features four outdoor gallery rooms depicting the 12 years of FDR’s presidency. FDR was the only president to be elected four times. The memorial includes ten bronze sculptures of President Roosevelt and his wife Eleanor Roosevelt featuring waterfalls and giant stones engraved with famous quotations relating to issues from the Great Depression to World War II, such as “The only thing we have to fear, is fear itself.” FDR was the only president to ever have a handicap. He suffered from polio and sat in a wheelchair. The FDR memorial is the first monument designed to be wheelchair accessible.

The Martin Luther King, Jr. Memorial is situated on a four-acre site along the National Mall's Tidal Basin, adjacent to the Franklin D. Roosevelt Memorial and shares a direct line of sight between the Lincoln and Jefferson memorials. Its official address is 1964 Independence Avenue SW, in honor of the Civil Rights Act of 1964, a landmark legislation in which King played an important role.

Veterans Statues The memorial features 19 larger-than-life-sized statues, designed by Frank Gaylord, dressed in full combat gear. They represent members of all of the branches of the armed forces: the U.S. Army, Marine Corps, Navy, and Air Force. Mural Wall The black granite mural wall, designed by Louis Nelson of New York, consists of 41 panels extending 164 feet. The mural depicts Army, Navy, Marine Corps, Air Force, and Coast Guard personnel and their equipment. When viewed from a distance, the etchings create the appearance of the mountain ranges of Korea. The Pool of Remembrance The Memorial has a reflective pool that encircles the mural wall. The pool is intended is to encourage visitors to view the Memorial and reflect on the human cost of war. Inscriptions on granite blocks at the east end of the monument list the numbers of soldiers who were killed, wounded, held as prisoners of war and missing in action. Unfortunately, most visitors don't see the casualty figures as they are not prominently in view.

Take your time and marvel over the inspiring inscriptions and remarkable architectural details. Attend a Ranger program and learn about Abraham Lincoln's history and legacy. Be sure to stand at the top of the steps of the Memorial and enjoy the view looking across the Reflecting Pool and the National Mall. Visit early in the morning or after dark when the Memorial is less crowded. At night, the impressive structure is beautiful when it is illuminated.

The Vietnam Veterans Memorial pays tribute to those who served in the Vietnam War and is one of the most visited attractions in Washington DC. The memorial is a black granite wall inscribed with the names of 58,286 American’s killed or missing in the Vietnam conflict. The veterans names are listed in chronological order of when the casualty occurred and an alphabetical directory helps visitors locate names. Park rangers and volunteers provide educational programs and special events at the memorial. A life-size bronze statue depicting three young servicemen is located near the Vietnam Memorial Wall. Also nearby, is the Vietnam Women’s Memorial, a sculpture of two women in uniform tending to the wounds of a male soldier while a third woman kneels nearby. Visitors often leave flowers, medals, letters and photos in front of the memorials. The National Park Service collects these offerings and many are displayed at the Smithsonian Museum of American History.

The U.S. Capitol Building, the meeting chambers for the Senate and the House of Representatives, is one of the most recognizable historic buildings in Washington, DC, located at the opposite end of the National Mall from the Washington Monument. It is a prominent landmark and an impressive example of 19th-century neoclassical architecture. The Capitol Dome was completely restored in 2015-2016, fixing more than 1000 cracks and giving the structure a beautiful polished appearance. With 540 rooms divided among five levels, the U.S. Capitol is a massive structure. The ground floor is allocated to congressional offices. The second floor holds the chambers of the House of Representatives in the south wing and the Senate in the north wing. Under the dome in the center of the Capitol Building is the Rotunda, a circular space that serves as a gallery of paintings and sculpture of American historical figures and events. The third floor is where visitors can watch the proceedings of Congress when in session.

We pickup from Any location within 1 mile of the White House at no additional charge. Any pickups and drop offs outside of the 1 mile radius will require travel time charges. 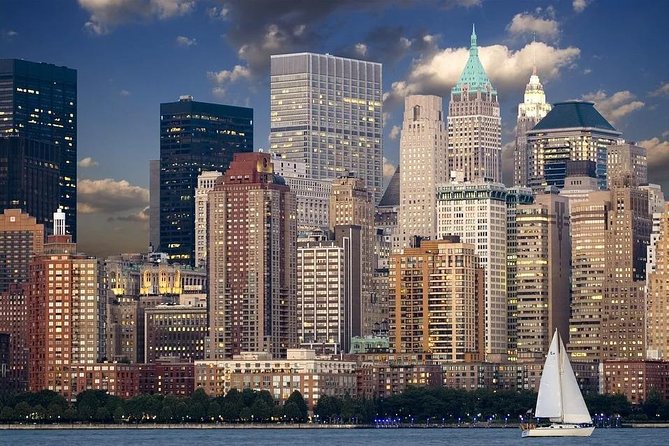 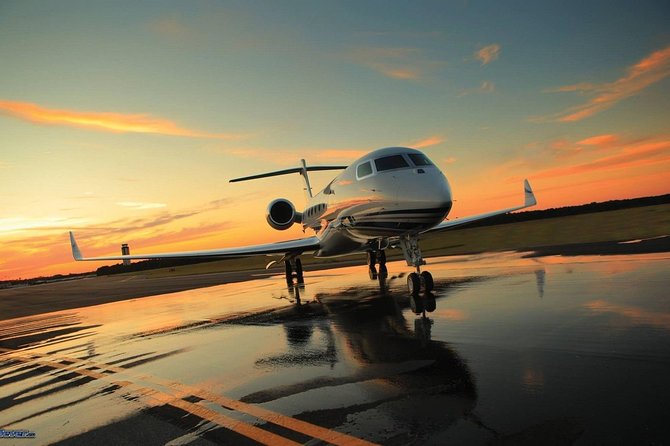 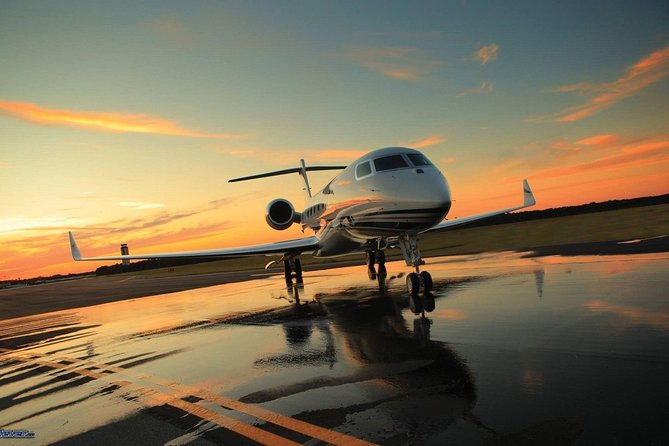 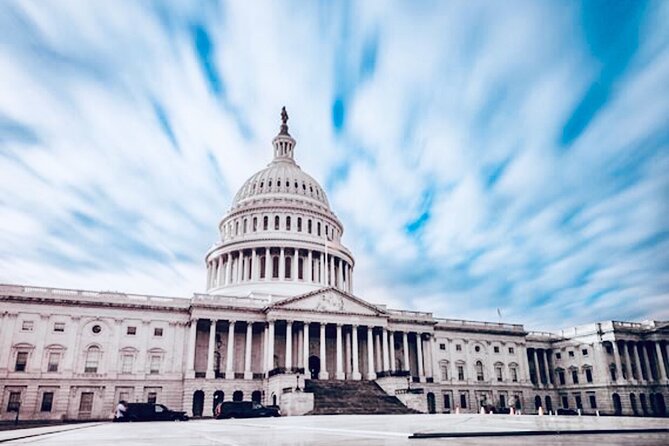 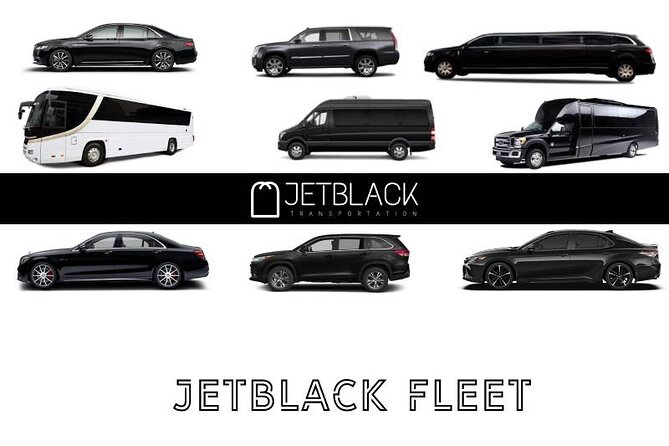 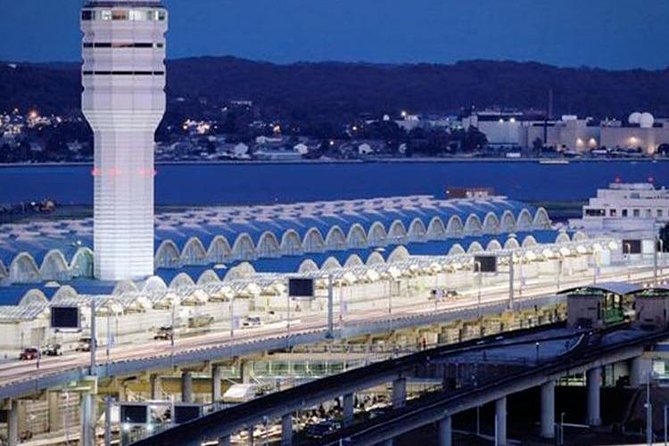