At Thingvellir National Park, Iceland gave birth to its first parliament and was the first democratic national parliament in the world. It’s called Althing (Alþing). Therefore it’s Iceland’s most significant and historical and geological places. The parliament was founded in the year 930 AD and is the oldest parliament in the world that’s still fully operating. Althing was held outdoors at Thingvellir until the year 1844 when the Icelandic Parliament was moved to Iceland’s capital Reykjavik and has been operated there ever since. At Thingvellir, you can clearly see where the Eurasian and North American tectonic plates meet and also how spectacularly these plates have been drifting apart. At the slow and non-violent speed the plates drift apart at the rate of 2 cm (0.79 in) per year. This process is steadily forming the island’s markable landscape over millions of years. After your visit to this markable place, you’ll leave with a sense of history as you explore more of the Icelandic nature since the area is a high concentration of volcanic activity and many newly lava fields can be found in many places as well as several lava tubes.

You are in for a treat since The Great Geysir is the oldest documented geyser in all of Europe. Many other languages have adopted the geyser word (géiser, Geysir, gejzir, etc.). But the word Geysir comes from the Icelandic verb “geysa” which means “to gush”. Is it also the first printed described Geysir in all modern Europe. The highly active Hot Spring Area of Geysir and the boiling mud pits are great for shooting photos. The old and The Great Geysir can hurl boiling water up to an average height of 70m (229ft). Even though The Great Geysir isn’t as active as it used to be, it has a brother called Strokkur which spouts boiling water 30m (100ft) up in the air every few minutes. There is also a newly opened exhibits and informative presentation Geysir Center which is open all year round.

The next stop on this amazing tour is the majestic Gullfoss Waterfall. Which is without a doubt one of Iceland’s amazing and famous waterfalls. The name translates directly to the Golden Falls. It comes from the glacial river Hvítá. The Gullfoss Waterfall drops amazingly down two huge steps 11m (36ft) and 22m (71ft) and then distributes into a 2,5 km (1.6 mi) long crevasse. The crevasse was formed at the end of the Ice Age by catastrophic flood waves. Each year it is lengthened by 25cm (9.8ft) because of the constant water erosion. The waterfall created immense power which you will witness and experience firsthand when walking alongside it. You will enjoy the mist of glacial water on your face and if the sun is up you’ll most likely witness a beautiful rainbow as you can see in the photo above. On the tour, we also stop at the picturesque Faxi waterfall. But there is more. We also offer a number of optional stops, including Efstadal dairy farm, Fridheimar Tomato Farm, The Secret Lagoon and more. But the Secret Lagoon is one of the best-kept secrets as a tourist attraction in Iceland.

The Secret Lagoon is a natural hot spring and is located in a small village called Fludir in The Golden Circle area. It has been kept natural and unique for the visitors to experience the true authentic feeling while relaxing the hot spring. There is steam all around the pool rising up into the air which gives the place an extra magical touch. Next to the pool is a small Geysir which erupts every 5 minutes which is an amazing thing to witness and enjoy while you float around in the hot spring. 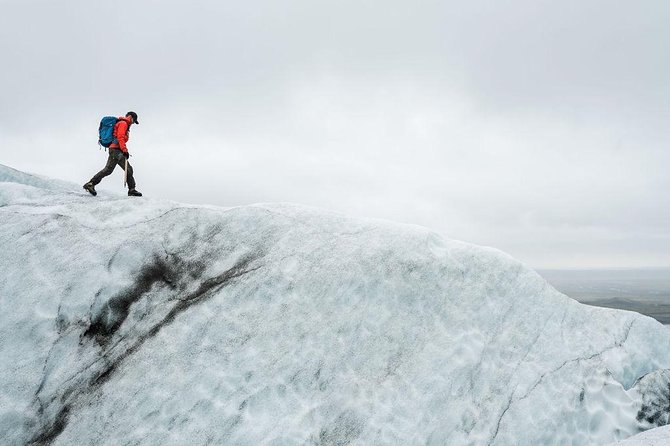 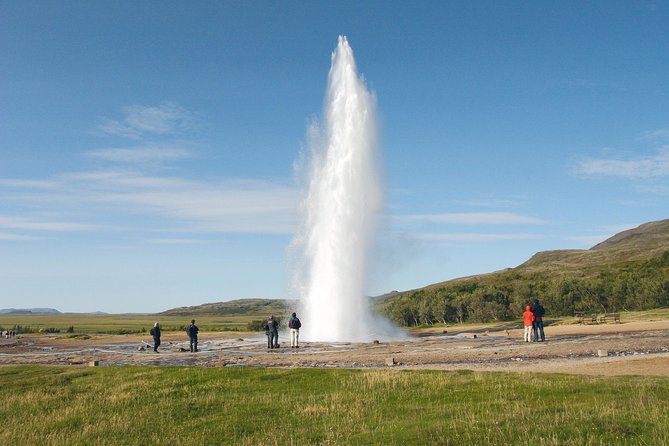 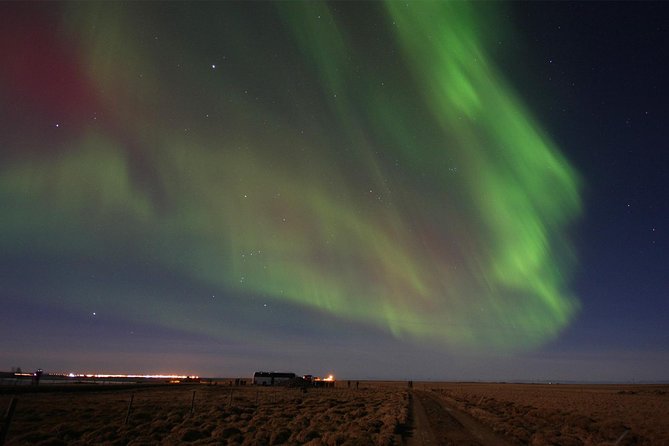 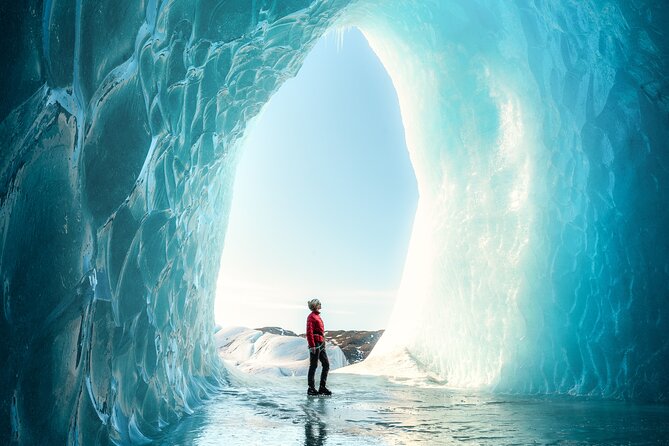 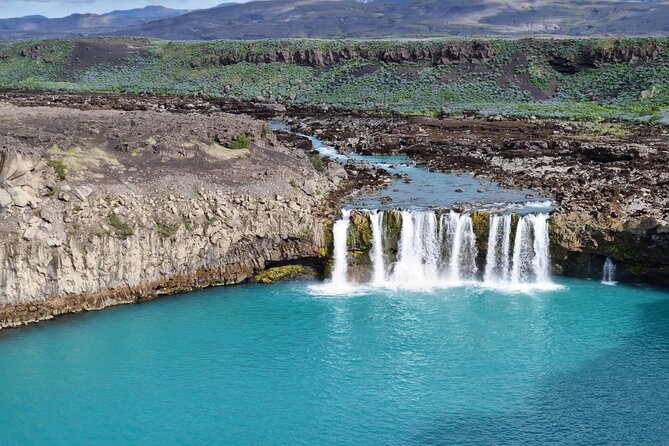 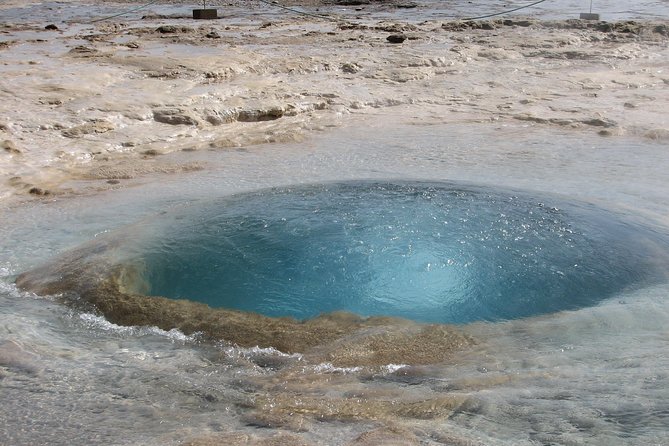