At a height of 451.9m, the magnificent Petronas Twin Towers is a world-renowned icon of modern Malaysia. It is the centre piece of the Kuala Lumpur city centre (KLCC) development, which comprises landmarks such as the Kuala Lumpur Convention Centre, Suria KLCC shopping mall, star-rated hotels, a mosque as well as the immaculately landscaped KLCC Park. Visit to the Skybridge on the 41st Floor and Viewing Deck on the 86th Floor.

East Coast Batik which established in 1974 is one of the oldest batik and handicrafts centre in Klang Valley. Visit the gallery and you'd learn that batik is not simply a cloth with an elaborate piece of design. Syarika East Coast is the place you need to visit if you are looking forward to enjoy a holistic experience in Malaysian batik and handicrafts.

Founded in 1885, Royal Selangor is the world’s foremost name in quality pewter, a brand synonymous with design and craftsmanship. In the hands of its skilled craftspeople, this versatile alloy of tin, copper and antimony is transformed into an endless variety of home ware and gifts, sold today in more than 20 countries around the world.

Pass By: Malaysian Houses of Parliament

The National Monument was built to recognise and honour those who gave up their lives in the cause for peace and freedom, particularly during the nation's struggle against the threat of communism. Within the National Monument grounds is one of the world's largest free-standing bronze sculptures. It was sculpted in 1966 by Felix de Weldon, who was also the creator of the famous Iwo Jima monument in Washington DC.

Perdana Botanical Gardens, better known by its old name "Lake Gardens", is the oldest and most popular park in Kuala Lumpur. It lies just on the edge of the city and used to be where the British elite built their fine homes in colonial times.

Istana Negara or the National Palace is the official residence of the King of Malaysia. This majestic edifice situated at Jalan Duta officially became the National Palace in November 2011, replacing the old palace in Jalan Istana. It has 22 domes, with the largest dome reaching up to a height of 40 metres. Note: Visits are limited to the outside.

Masjid Negara is one of the most distinguished landmarks in the city. It has a unique star-shaped dome and a 73m high minaret. The National Mosque is situated fringing the KL Lake Gardens. Visitors are advised to dress appropriately when visiting the mosque. Women will be required to wear headscarves. Visitors who are interested in Islamic arts can visit the Islamic Arts Centre situated overlooking the mosque.

One of the most beautiful old buildings of Malaysia, Railway Station and Administration Building is a great piece of Moorish architecture.

One of the most prominent and distinguished landmarks of KL, the Sultan Abdul Samad Building is an enduring attraction amidst the rapidly changing city skyline. Built in 1897, the building was named after the reigning monarch at the time. The stately edifice served as the government administrative building during the British era. Constructed entirely of brick, it boasts a Mahometan or Neo-Saracenic style with an imposing porch, graceful arches, shiny copper domes and a 41.2m high clock tower. The building houses a Tourist Information Centre.

On 31 August 1957, the Union Jack was lowered at Dataran Merdeka to mark Malaysia’s independence from colonial rule. Hence the name, Dataran Merdeka, which means ‘Independence Square’. In its heyday, the square used to be the venue for parades, cricket matches and other important occasions. Today, this historic heart of KL is preserved with beautifully manicured lawns, terraces and a fountain. Adjacent to Dataran Merdeka is the Royal Selangor Club, a mock-Tudor structure with an interesting history. The 100m high flagpole at Dataran Merdeka is one of the tallest in the world.

Petaling Street or Chinatown is a lively stretch of shops, restaurants and hawker stalls. It is one of KL’s best-known shopping spots offering an assortment of watches, accessories, clothes, crafts and souvenirs. The streets are lined by buildings, clan houses and temples which stand as testament to the city’s architectural heritage.

A great place to find crafts and ornaments, the Central Market is one of the city’s prominent heritage buildings. It is a fine example of the 1930s Art Deco style with a stepped entrance design, unifying elements at the windows and doors as well as wrought iron panels. Just outside, Kasturi Walk beckons visitors with an exciting outdoor shopping experience. This covered walkway (formerly known as Lorong Kasturi or Kasturi Lane) offers a variety of handicrafts, souvenir items and street food.

One of the oldest and most elaborate in the country, this Hindu temple has a magnificent 22m high tower. The walls and ceilings are adorned with intricately carved images of Hindu deities.

Brickfields is many things to many people: a concentrated wedge of Indian culture; a bewildering smorgasbord of different worship houses; a haven of blind massage centres; the crossroads for commuters coming in from all parts of the country; a perfect study in contrasts. However you define it, one thing is in agreement: Brickfields is a vibrant community with a soul of its own.

Beryl’s Chocolate Kingdom is one of the two outlets by Beryl’s, a famous chocolate brand. Other than the outlet in Kuala Lumpur. Here, there is only one attraction; chocolate. Beryl’s produces a wide variety of chocolates, made from the finest selection of Ghana cocoa beans. Visitors will get to sample many types of chocolates for free, and find over 100 types of chocolate variety to purchase as gifts to loved ones back home or simply for self-indulgence. The creativity of Beryl’s has resulted in chocolate variants that are available only in Malaysia, such as Chili Chocolate, Durian Chocolate, Green Tea Chocolate and chocolate made from various fruits.

Music Museum Kuala Lumpur opened on 1st August 2015 in an old colonial-era building on Jalan Raja facing Dataran Merdeka in the heart of Kuala Lumpur. This elegant building was built in 1919 as the KL branch of Chartered Bank. 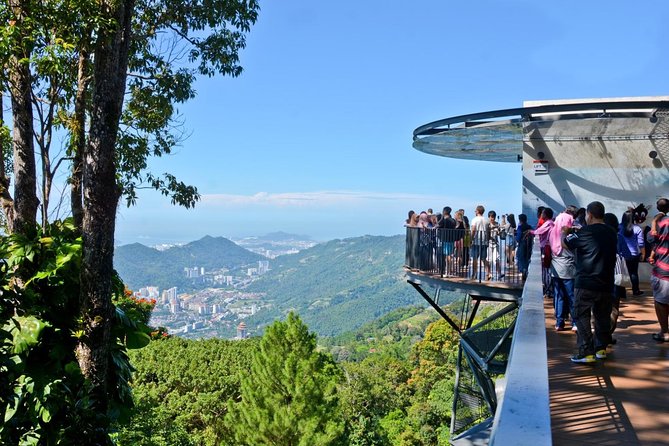 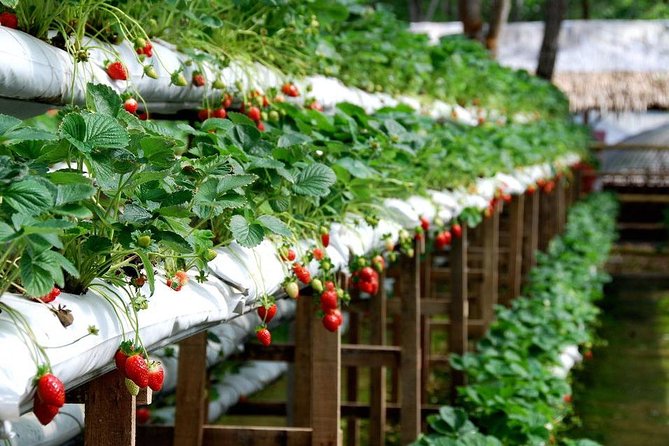 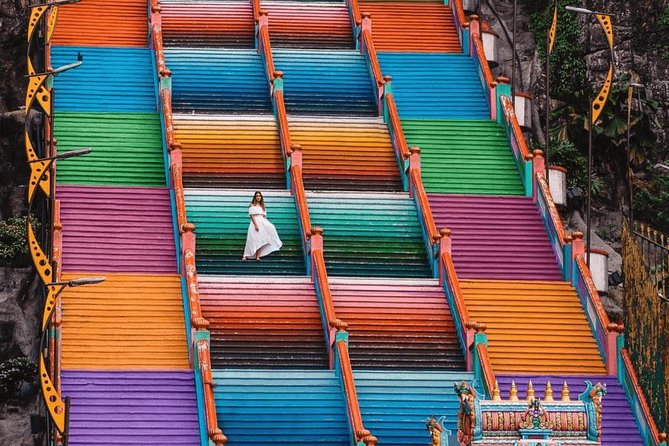 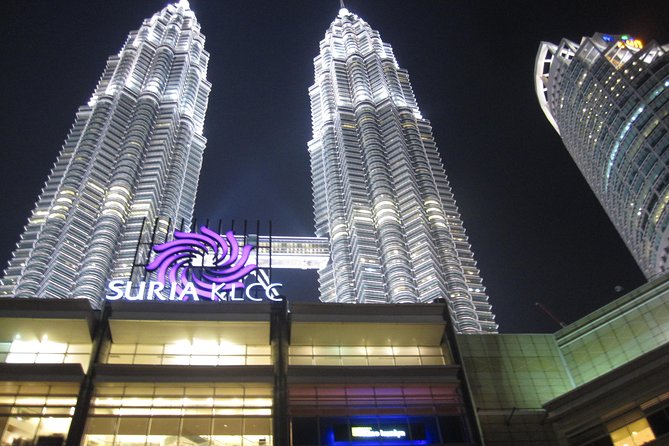 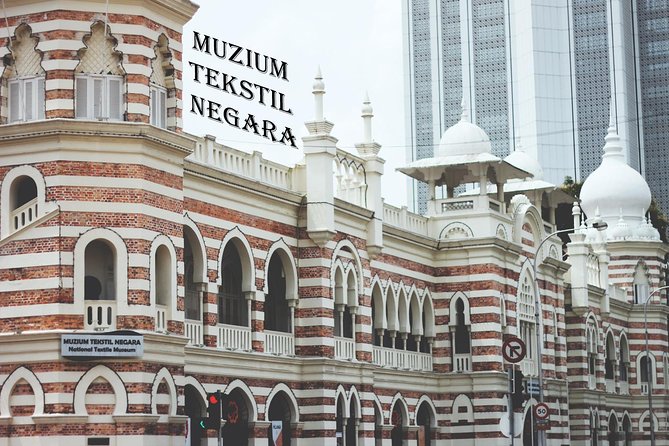 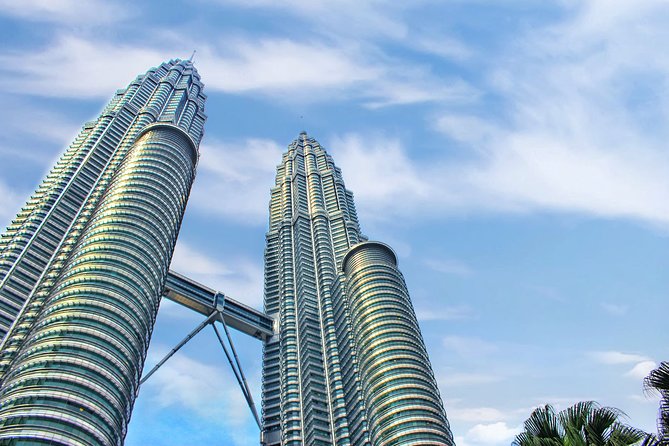