Day 1 East side of the island

Camacha is a picturesque village of Santa Cruz, located in the interior of Madeira Island, over 700 meters high, famous for its traditions and folklore, which gracefully endure to this day.

Stop At: Pico do Arieiro

Pico do Arieiro is part of the Central Mountain Massif, being the third highest point of Madeira Island, with a maximum altitude of 1818 meters, the first being Pico Ruivo at 1861 meters, and the second Pico das Torres at 1851 meters altitude.

Ribeiro Frio is a place in the municipality of Santana, situated in a place of great natural beauty, right in the heart of the Laurissilva Forest, a UNESCO World Heritage Site. Madeira Island, such as Levada do Furado, Serra or Juncal.

Stop At: Miradouro do Forte do Faial

Faial is a parish in the municipality of Santana, situated on the charming North Coast of the beautiful Madeira Island, at an altitude of about 219 meters. It is said that the name "Faial" will derive from the many beeches (Myrica faya) here, and the town developed around an ancient chapel of Our Lady of the Nativity, said to have been internally armed from a single large trunk. cedar tree there. The chapel was destroyed by the flow of the Ribeiras da Metade and Faial, and a new temple was built in 1771.

Santana is a town, located in the green north coast of the beautiful island of Madeira, famous for its traditional triangular gabled houses with thatched roofs and wooden structures (the clowns), colored with typical Madeiran colors. White, blue and red.

São Lourenço is the easternmost peninsula of the fantastic Madeira Island, representing a completely different facet from the rest of the island, which is known for its lush vegetation that has earned the title of “planted seaside garden”. São Lourenço is therefore a peninsula of volcanic origin, mostly basaltic, giving it an arid aspect, undergrowth and an absence of trees that totally contrasts with the rest of the island's landscape.

Overlooking the wonderful valley of Machico, in the fantastic island of Madeira, from the Pico do Facho viewpoint you have a beautiful panorama, seeing the stunning Ponta de São Lourenço with its natural colors of deep beauty.

Day 2 West side of the island

Câmara de Lobos is an emblematic city, county seat, near the capital Funchal, full of beauty and famous for its nightlife. Of the oldest and most historical places of Madeira Island, Câmara de Lobos owes its existence to fishing and agriculture, having also been one of the first colonized places on the island, a little due to the maritime facility of the pleasant bay, where they are now moored. the most varied, colorful and picturesque fishing vessels.

Located to the west of Funchal, on the fantastic island of Madeira, Cabo Girão is an almost vertical promontory that stands imposingly 580 meters above the sea. This is the highest promontory in Europe and the second highest in the world. From its viewpoint you have a fabulous view of the vast Atlantic Ocean and the enchanting surroundings of Madeira Island, especially Câmara de Lobos and Funchal.

This is one of the oldest parishes of Madeira Island, created following Funchal and Machico, shortly after the death of infant D. Henrique in 1460. Ribeira Brava is also located in a place of central accessibility, connecting by land to the north of the island, through the gorge of Serra de Agua and Encumeada, where you have panoramas of immense beauty. By sea it was soon endowed with a small port that made the important freight connections to Funchal.

Situated at an altitude of 1007 m, this viewpoint offers a beautiful landscape over the north and south coasts of the island and the Ribeira Brava and São Vicente valleys.Boca da Encumeada viewpoint rises to 1007 m, at the crest of the mountain range. which crosses the interior of Madeira, from where you can see superb views of the deep valleys of Ribeira Brava (south coast) and São Vicente (north coast).

Porto Moniz is a beautiful village, located in the northern part of the beautiful island of Madeira, constituting even one of the oldest towns in the north of the island, famous for its natural pools. The region was isolated for many centuries from the rest of the island, only accessible by foot and by sea, and only after the Second World War did the charming road linking Porto Moniz and São Vicente.

Even today one of Seixal's many charms is its calmness, combined with the beauty of a landscape painted by the green of the mountain and the crystal blue of the sea.

São Vicente is a beautiful village, located in the magical north coast of Madeira Island, with landscapes of great natural beauty and a picturesque historical center. Located in a charming valley surrounded by high slopes of marine limestone, São Vicente enchants for its beauty and calmness, standing out its wonderful group of caves, resulting from lava channels. 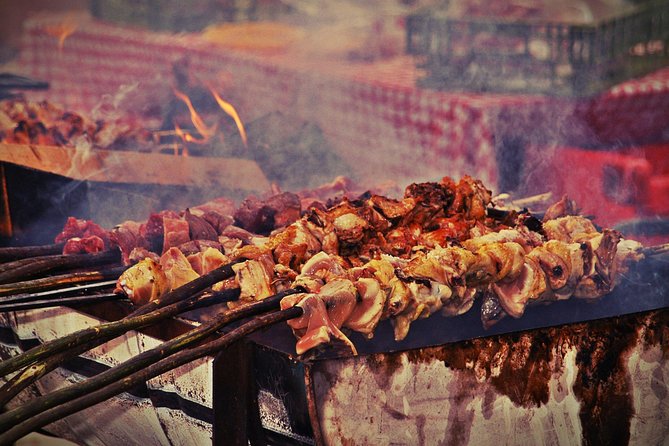 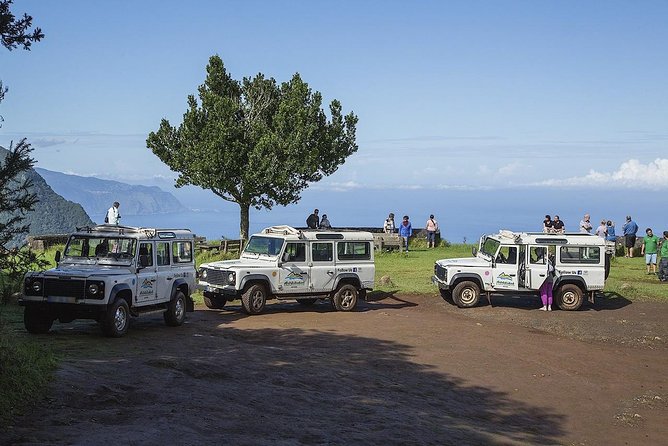 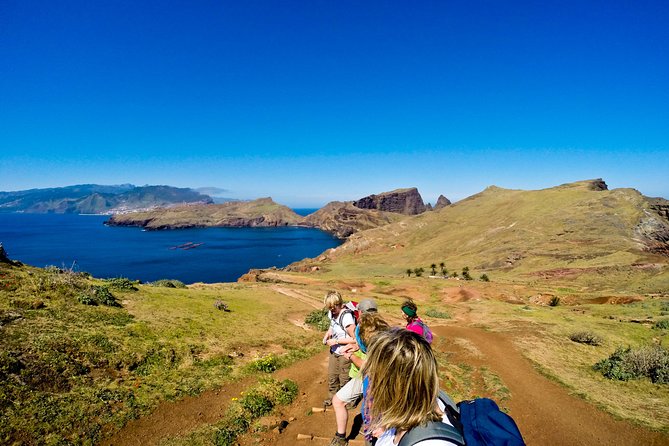 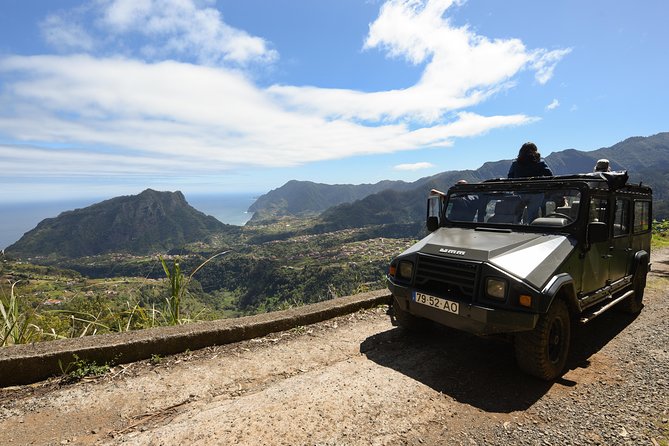 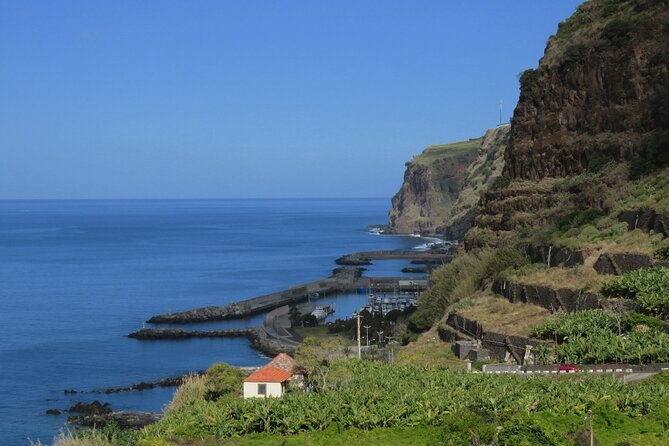 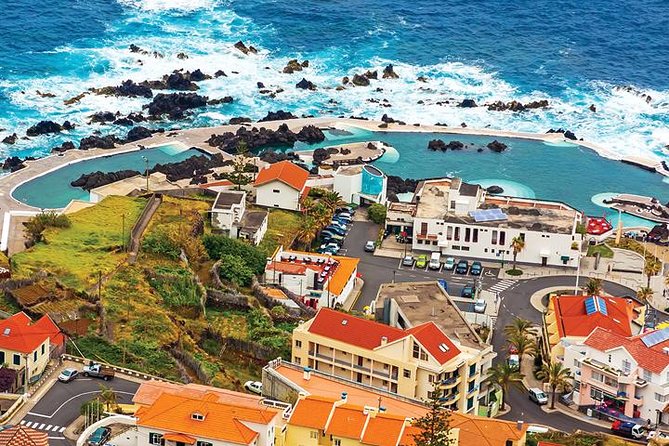 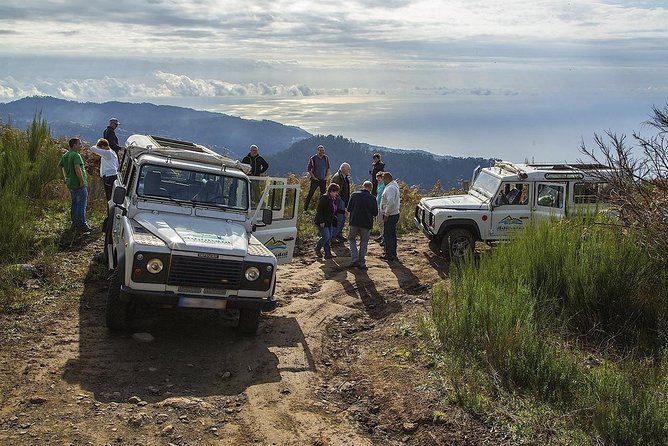