If Salt Lake City is chosen as the pick-up location, we will start the tour at the USU Eastern Prehistoric Museum. At this museum, you can discover what life was like thousands to millions of years ago in Southern Utah. This museum contains over 700,000 archaeological artifacts, ranging from complete sets of dinosaur bones to pictographs left by the Fremont people more than 2,000 years ago. No matter your interests, you are bound to find something you enjoy.

Located only a few miles from Canyonlands National Park, Dead Horse Point State Park offers a unique view of the Colorado River 2,000 feet below. While driving around, your tour guide will tell you the unusual story of how this park got its name.

Canyonlands National Park is made up of three distinct regions: the Island in the Sky, the Needles, and the Maze. We will be touring the Island in the Sky region which is situated far above the Colorado River. From this vantage point, we will see deep into the virtually untouched canyons below, giving us a glimpse into the region's ancient past.

Located between Arches National Park and Canyonlands National Park, Moab is seen as the gateway to many of Utah’s greatest natural landscapes. You’ll love your stay here just as much as the parks themselves!

With more than 2,000 arches, Arches National Park has the densest concentration of natural sandstone arches in the world! With only a short hike, many world famous arches can be seen up close, including landscape arch, delicate arch, and double arch. This is a national park you won’t want to miss!

Choose your own adventure! After returning to Moab from Arches, you'll will have the opportunity to choose one of activities which could include river rafting, horseback riding, additional hiking, a riverboat tour, an off-road 4x4 tour, or more! (one activity fee included in the price of your tour). Afterwards, if time remains, you'll be able to walk around the town, go hiking, or enjoy other activities.

Located right outside of Moab, Potash road winds along the Colorado river with water on one side, and a huge rock cliff on the other. Along this road, your tour guide will show you ancient petroglyphs and dinosaur tracks, as well as additional arches that can be accessed by foot.

The Four Corners Monument is the only place in America where four states converge at one point: Arizona, New Mexico, Utah, and Colorado. Since the monument is found within the Navajo Nation, this is also a great place to buy locally made Native American jewelry and other souvenirs to bring home.

Composed of vast buttes that tower over 1,000 feet in the sky, Monument Valley is the perfect place to stretch your legs from the long car ride and take some pictures. These buttes have made appearances in many movies, the most famous of which being the running scene in Forrest Gump.

For the last leg of the day's journey, we’ll drive towards Flagstaff, Arizona which is perfectly situated between Sedona, Southern Utah, and Grand Canyon National Park. Located in one of the world's largest ponderosa pine forests, this city is the perfect place to relax after a long day's journey.

Petrified Forest National Park is an ancient 225 million year old forest composed of what appears to be stone trees. Petrified wood is made when a tree is buried by sediment, protecting it from organisms that would cause it to decay. Over time, minerals in the groundwater replace the wood, turning it into stone. You'll be amazed as you think back to what this forest once looked like millions of years ago.

Meteor Crater is a 550 feet deep, 1 mile wide hole that was created from the impact of a meteorite that struck earth more than 50,000 years ago. Due to the appearance of the crater and the lack of plant life, Meteor Crater looks more like the moon than the earth. In fact, NASA used this crater in the 1960s to train the early Apollo astronauts due to its similarity to the moon.

Nestled amongst towering red cliffs, Sedona is the perfect place to relax and observe the sunset. We’ll start by exploring the local landscape and hiking some of the beautiful trails outside of Sedona. Afterwards, we’ll return to Sedona and check out some of the beautiful architecture that the town has to offer, such as the Chapel of the Holy Cross, a brilliant structure built into the surrounding red rock. As the sun sets, you'll eat dinner at one of the incredible restaurants in town.

The Grand Canyon is one of the most popular tourist attractions in Arizona with an estimated 5.9 million people visiting yearly. This canyon was carved out of the surrounding rock by the Colorado River over a period of 6 million years, resulting in an astonishing panoramic view. We will specifically be visiting the North Rim of the Grand Canyon which is often less busy than the popular South Rim. Be sure to bring your camera, you will not want to miss this destination!

If you choose to depart from Las Vegas, your tour guide will drop you off either at the airport or a hotel of your choosing.

If you choose to depart from Salt Lake City, your tour guide will drop you off either at the airport or a hotel of your choosing. Settled in 1847 by a group of pioneering Mormons, Salt Lake City has blossomed into the vibrant capital of Utah and gateway to the west. If time permits, your tour guide will take you to see the twin hearts of this city: Temple Square and the Capitol Building. 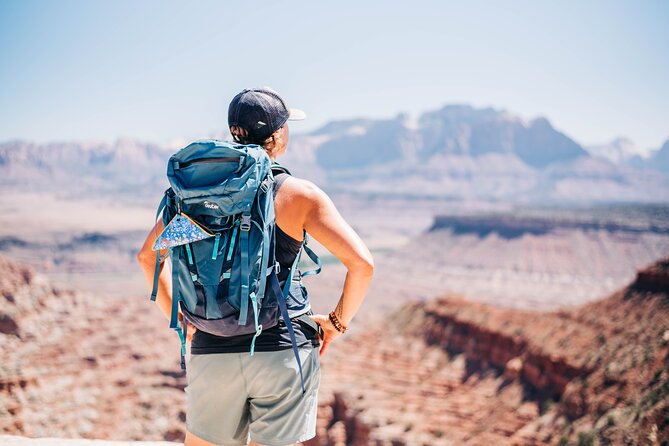 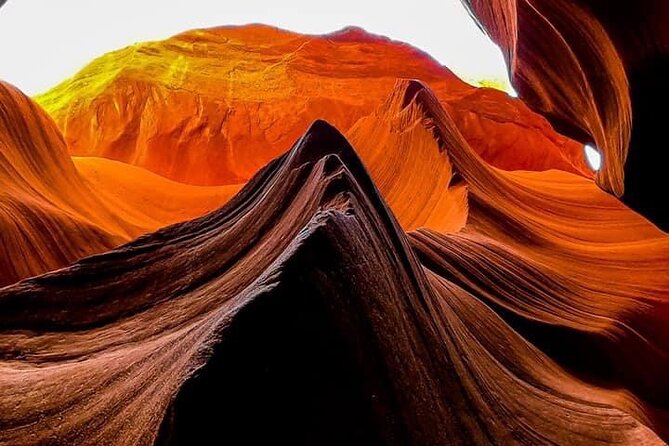 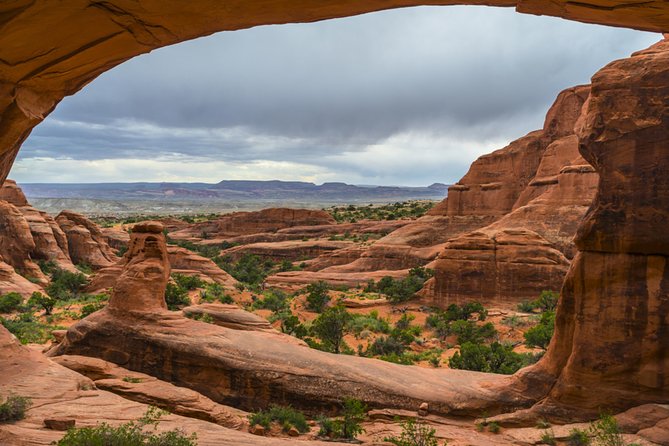 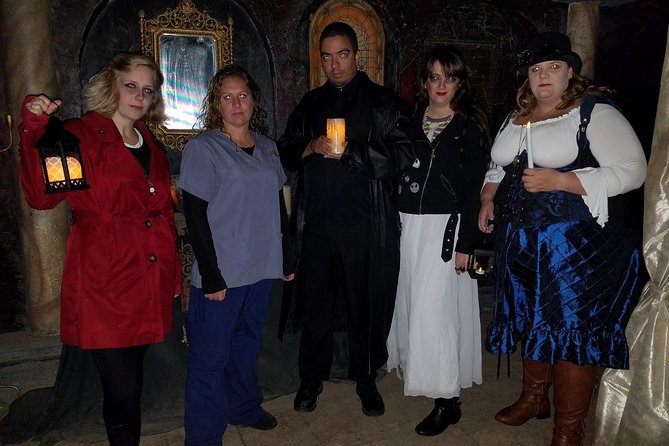 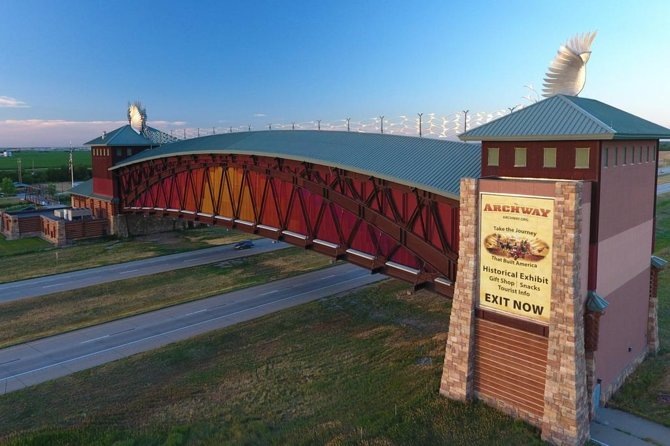 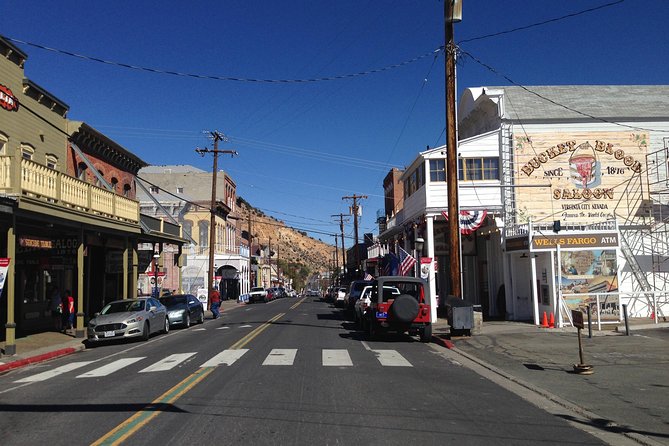 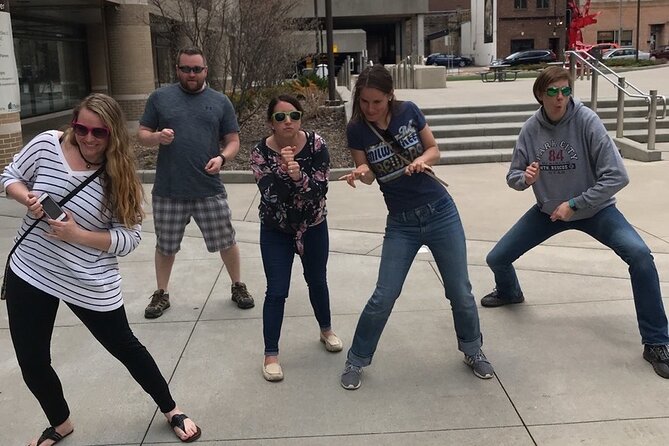