4 Day Golden Triangle Tour to Agra and Delhi From Jaipur

You will be picked up from Hotel, Airport, Railway station or other desired location in Jaipur. Then you will have a guided Jaipur city tour.

Amer Fort or Amber Fort is a fort located in Amer, Rajasthan, India. Amer is a town with an area of 4 square kilometres located 11 kilometres from Jaipur, the capital of Rajasthan. Located high on a hill, it is the principal tourist attraction in Jaipur.

Jal Mahal is a palace in the middle of the Man Sagar Lake in Jaipur city, the capital of the state of Rajasthan, India. The palace and the lake around it were renovated and enlarged in the 18th century by Maharaja Jai Singh II of Amber.

The Jantar Mantar is a collection of nineteen architectural astronomical instruments built by the Kachwaha Rajput king Sawai Jai Singh II, the founder of Jaipur, Rajasthan. The monument was completed in 1734. It features the world's largest stone sundial, and is a UNESCO World Heritage site.

The City Palace, Jaipur was established at the same time as the city of Jaipur, by Maharaja Sawai Jai Singh II, who moved his court to Jaipur from Amber, in 1727.

Hawa Mahal is a palace in Jaipur, India. Made with the red and pink sandstone, the palace sits on the edge of the City Palace, Jaipur, and extends to the Zenana, or women's chambers. The structure was built in 1799 by Maharaja Sawai Pratap Singh, the grandson of Maharaja Sawai Jai Singh, who was the founder of Jaipur.

After Jaipur city tour, you will be transferred to hotel in Jaipur.

After breakfast proceed to Jaipur, On the way visit Abhaneri (Step wells) and Fatehpur Sikri.

The water of this massive, ornate stepwell from the 8th & 9th centuries was reached by 3,500 steps.

Fatehpur Sikri is a small city in northern India, just west of Agra, founded by a 16th-century Mughal emperor. Red sandstone buildings cluster at its center. Buland Darwaza gate is the entrance to Jama Masjid mosque. Nearby is the marble Tomb of Salim Chishti. Diwan-E-Khas hall has a carved central pillar. Jodha Bais Palace is a mix of Hindu and Mughal styles, next to the 5-story Panch Mahal that overlooks the site.

Upon arrival at Agra, check in at hotel, Overnight stay at hotel.

Visit Taj Mahal duing Sunrise and take a guided tour inside the Taj Mahal for approximately two hours. The Taj Mahal 'Crown of the Palace', is an ivory-white marble mausoleum on the southern bank of the river Yamuna in the Indian city of Agra. It was commissioned in 1632 by the Mughal emperor Shah Jahan (reigned from 1628 to 1658) to house the tomb of his favourite wife, Mumtaz Mahal; it also houses the tomb of Shah Jahan himself. The tomb is the centrepiece of a 17-hectare (42-acre) complex, which includes a mosque and a guest house, and is set in formal gardens bounded on three sides by a crenelated wall.

Agra Fort is a historical fort in the city of Agra in India. It was the main residence of the emperors of the Mughal Dynasty until 1638, when the capital was shifted from Agra to Delhi. Before capture by the British, the last Indian rulers to have occupied it were the Marathas. In 1983, the Agra fort was inscribed as a UNESCO World Heritage site.[1] It is about 2.5 km northwest of its more famous sister monument, the Taj Mahal. The fort can be more accurately described as a walled city.

Upon arrival at Delhi, check in at your hotel. Overnight stay at hotel.

After breakfast take a half day guided city tour of Delhi.

The Qutb Minar is a minaret and "victory tower" that forms part of the Qutb complex, a UNESCO World Heritage Site in the Mehrauli area of New Delhi, India. The height of Qutb Minar is 72.5 meters, making it the tallest minaret in the world built of bricks. The tower tapers, and has a 14.3 metres (47 feet) base diameter, reducing to 2.7 metres (9 feet) at the top of the peak. It contains a spiral staircase of 379 steps.

The India Gate is a war memorial located astride the Rajpath, on the eastern edge of the "ceremonial axis" of New Delhi, formal called Kingsway.

The Sansad Bhavan (transl. Parliament building) is the seat of the Parliament of India. At a distance of 750 meters from Rashtrapati Bhavan, it is located along Sansad Marg which crosses the Central Vista and is surrounded by the India Gate, war memorial, prime minister's office and residence, ministerial buildings and other administrative units of Indian government. It houses the Lok Sabha and the Rajya Sabha which represent lower and upper houses respectively in India's bicameral parliament.

The Rashtrapati Bhavan is the official residence of the President of India at the western end of Rajpath in New Delhi, India.

Agrasen ki Baoli, designated a protected monument by the Archaeological Survey of India under the Ancient Monuments and Archaeological Sites and Remains Act of 1958, is a 60-meter long and 15-meter wide historical step well on Hailey Road.

After Delhi city tour, you will be dropped off at your desired location in Delhi, Noida or Gurugram. 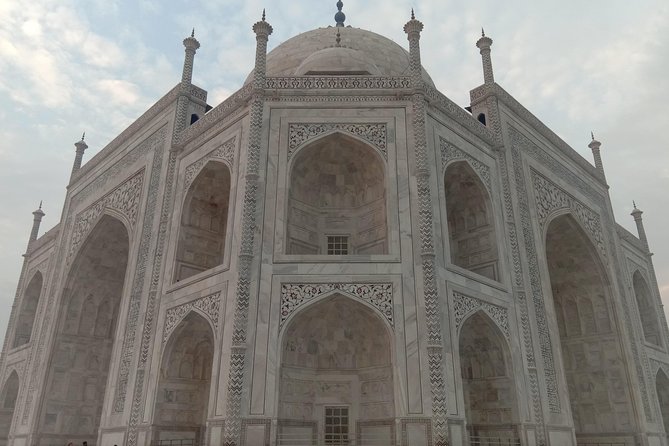 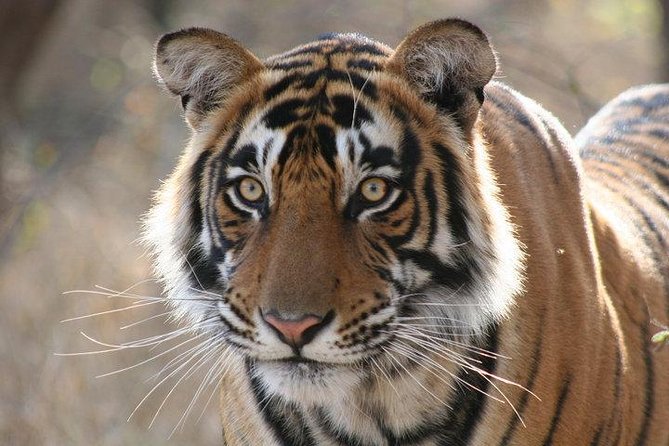 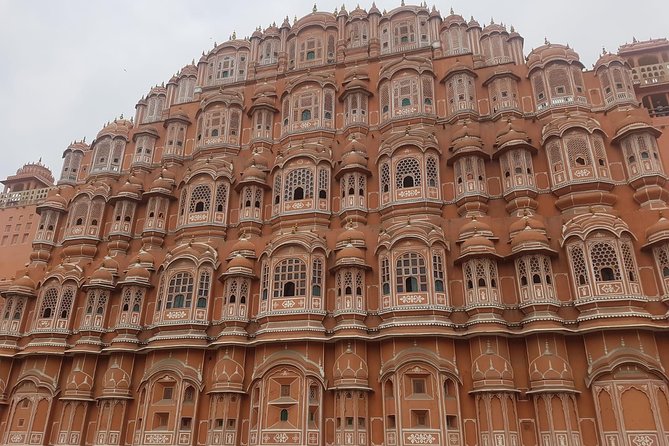 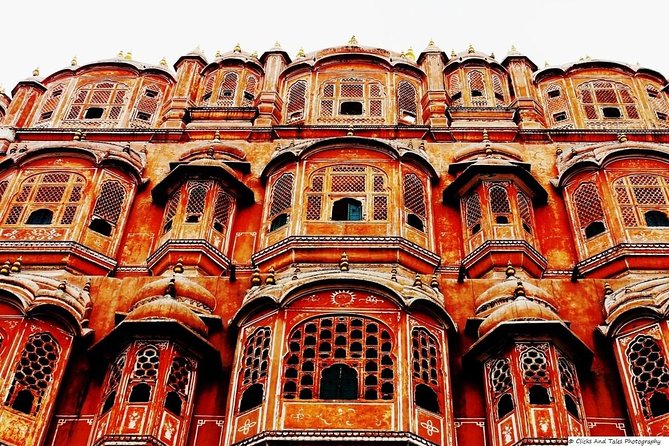 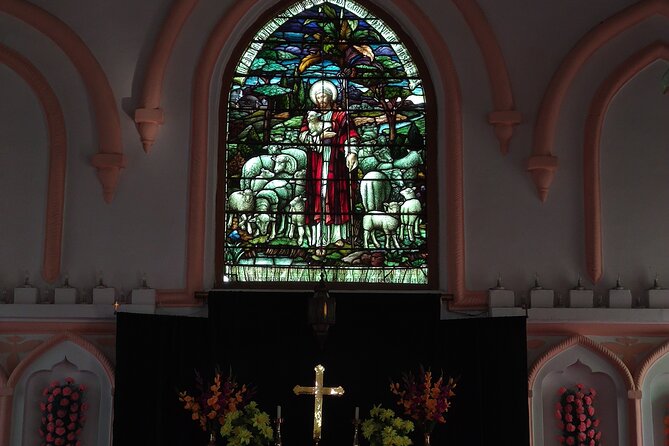 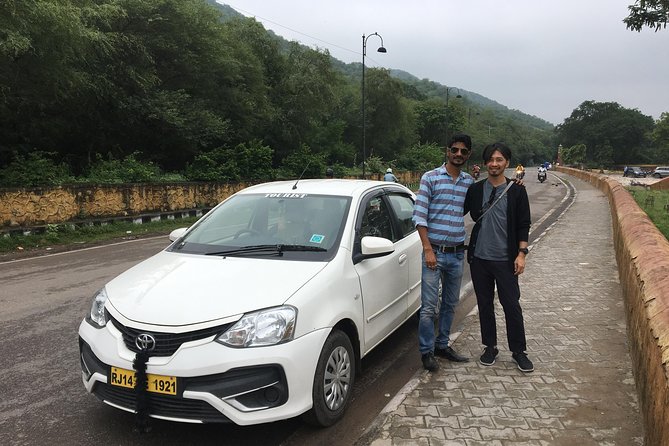 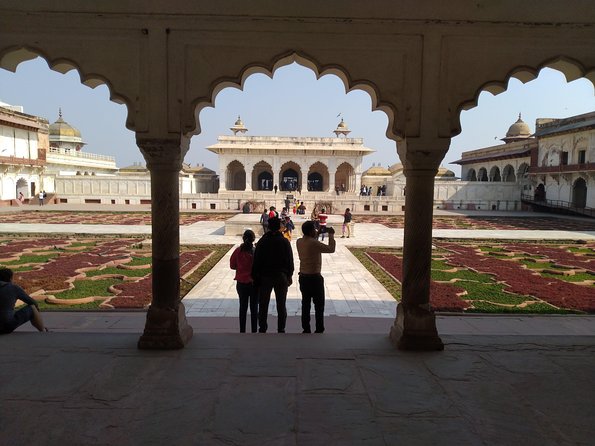 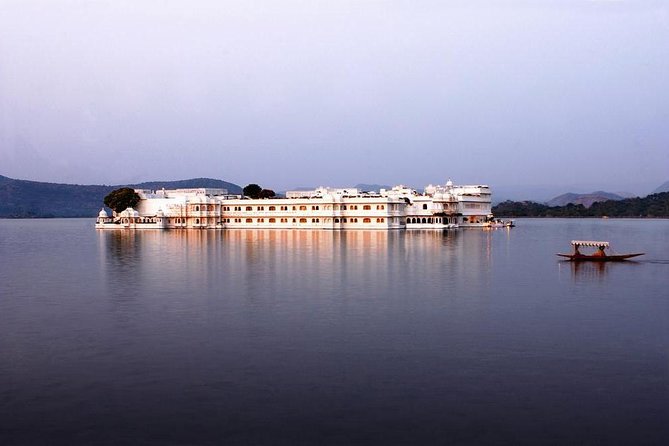