Get picked up between 8:30 and 9 by your guide and let the day begin!

After a scenic drive bus stops for short break in the town of Borgarnes laying on the small peninsula.

Within a short drive from Borgarnes the true magic of Snæfellsnes Peninsula begins. Yti-tunga is a charming farm with nearby beach housing seal colony. Perfect place for animal lovers!

Búðakirkjan Black Church is by many considered the most beautiful church in Iceland.

A natural harbor surrounded by stunning landscapes. Beautiful rock formations decorate the coastline, spotted with green-and-yellow moss. Here one can stroll along the cliffs and take a perfect picture or simply enjoy the atmosphere of remote fishing village.

This is the place where two basalt columns mark the coast, so they can be even seen from the road. This is also another perfect stop for animal lovers - cliffs are famous of being house to many species of birds and air is filled with their sounds

Gorgeous black beach located within boarders of Snæfellsjökull National Park. While walking along the black sand beach one can find a curiosity on the beach: four large lifting stones used to measure the strength of fishermen you used to live in the area

In order to reach the northern part of the peninsula tour will take you on the ride around Snæfellsjökull Strato-Volcano, one of the most powerful ones in Iceland (luckily not active these days) covered by the glacier cap

Kirkjufell (Church Mountain) accompanied by Kirkjufoss (Church Waterfall) is one the most known and picture-perfect location in Iceland. It got a lot of international attention after being featured in many Hollywood and TV productions - like in Games of Throne just to start with.

Day 1 ends in Borgarnes - capital of West Iceland located on the small peninsula in the City Fjord - famous for its Saga Exhibition and stunning views over mountains rising above the sea. During Northern Lights season it is perfect place to enjoy this natural phenomenon.

Next you will see the great Hraunfossar, a series of waterfalls formed by rivulets streaming over a distance of about 900 m (almost 300 ft!) across the Hallmundarhraun lava field, which flow from an eruption of one of the volcanoes lying under the glacier Langjökull. The waterfalls pour into the Hvítá River from ledges created by less porous rock in the lava.

Literally a stone’s throw upstream from Hraunfossar, you will visit another waterfall called Barnafoss. Its name, “the waterfall of the children,” comes from an accident which is said to have taken place here in a previous century. There was a natural stone bridge over the waterfall, and two children from a nearby farm fell to their deaths crossing the river on the bridge. Afterwards, the grief-stricken mother had the bridge destroyed.

The highlight of the tour is a visit to a colorful Viðgelmir Lava Cave. Just shy of 1600 meters the cave features amazing colors and lava formations that lurk in the depths of the earth. During this 1,5 hour long expedition you will have a change to see one of the largest lava caves in Iceland with its stunning lava stalactites and stalagmites.

Finally, take in the sights at Deildartunguhver, the highest-flow hot spring in Europe. T

Please note that Nicetravel offers free pickup and drop off from hotels within Reykjavik. As buses are not allowed to drive in certain areas of Reykjavik centre, your pick up may be from the nearest bus stop. After receiving your pickup information, we will notify you of your exact pick up location. If you do not require hotel pickup, you can meet the tour at Nicetravel office in Fiskislóð 45M, 101 Reykjavik. Please notify Nicetravel directly if you intend to use this option and be there before 08:20. Pickup takes place between 08:30 - 09:00, so please be ready from 8:30 at your pickup location and look out for a bus with NICE travel logos. 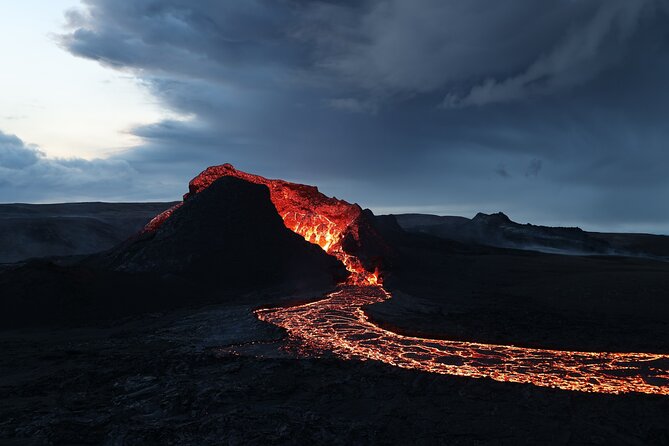 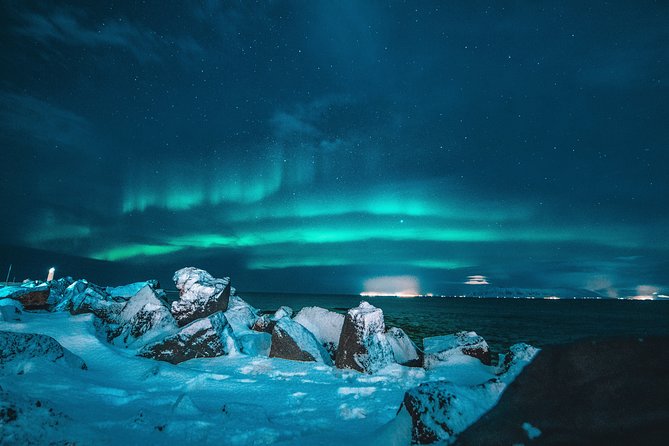 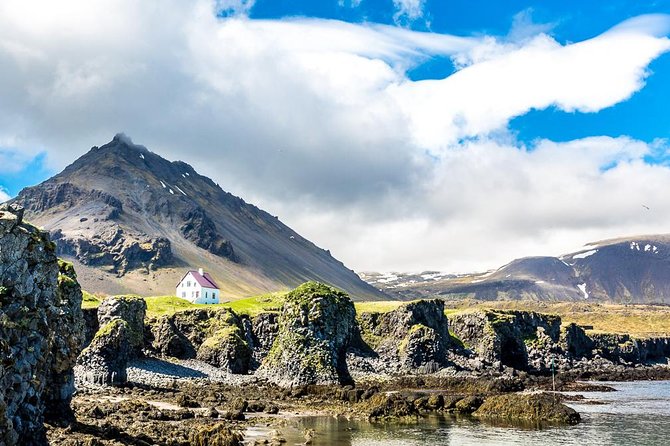 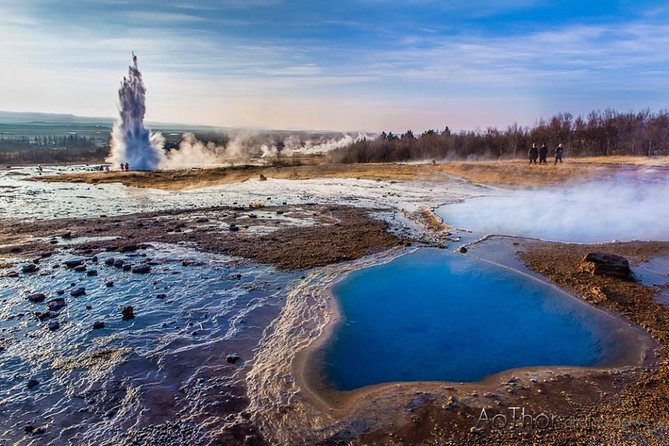 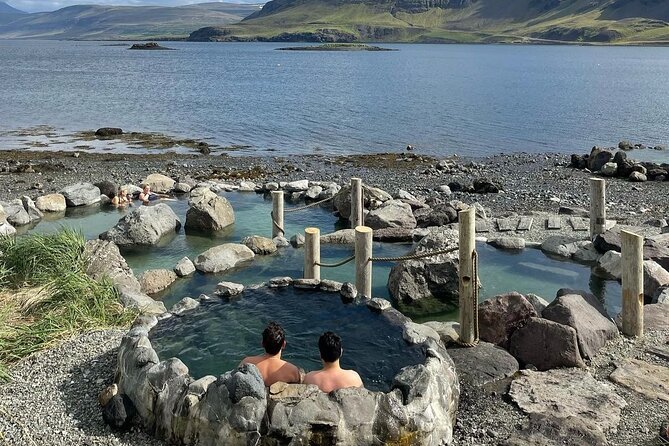 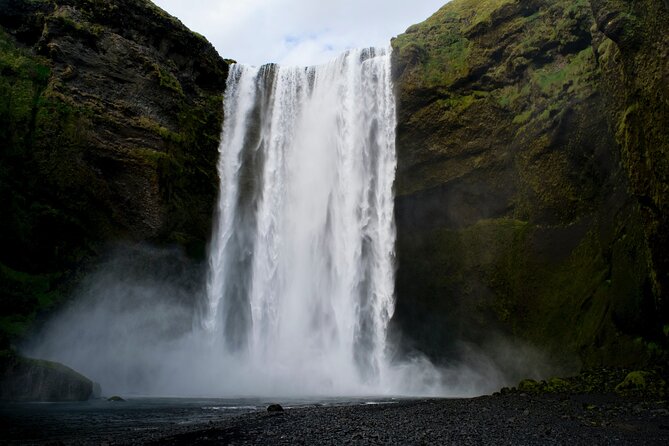 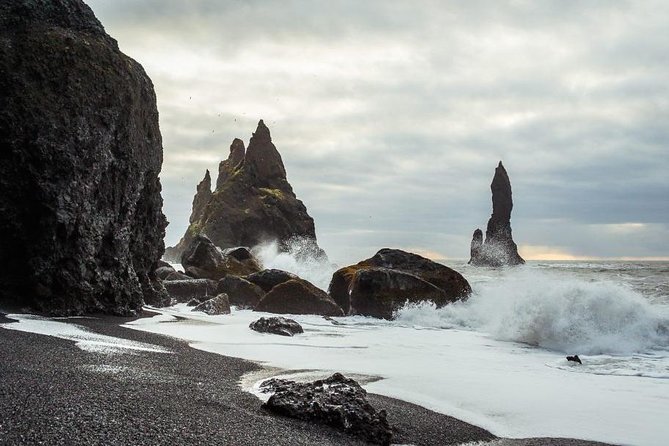 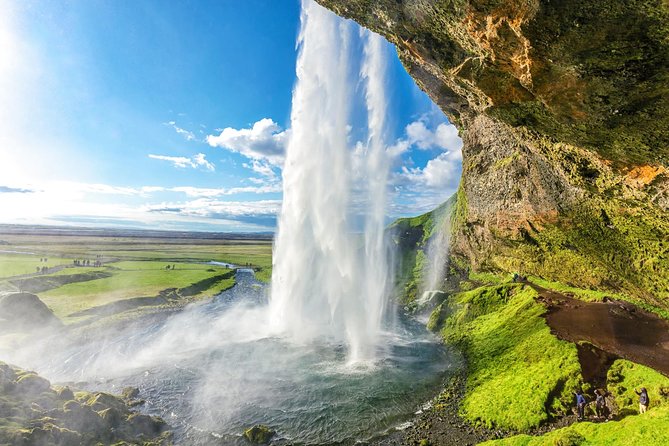