Day 1 Welcome to Iceland. Individual transfer by Flybus shuttle bus from Keflavik Airport to your accommodation in Reykjavík.

Relax at your hotel or explore Iceland’s capital city on your own if time allows. The hotel is ideally located to explore the city on foot with the main shopping street, Laugavegur, just around the corner.

At 09:00 meet your tour guide in the hotel lobby. Enjoy the highlights of Iceland’s exciting capital.

Get a chance to climb the Grábrók volcano crater. This 3000 years old crater is surrounded by a nicely moss covered lava field – possible to walk up to the rim of the crater (20 min) for a splendid view over the lava field and its region.

Visit Deildartunguhver. Europe’s most powerful hot spring which produces 180 liters per second of water that is nearly boiling - 97° Celsius.

Explore a multitude of natural springs under a birch covered lava field, which creates a waterfall of hundreds of meters wide, the magnificent Hraunfossar (Lava Falls), seemingly appearing out of nowhere across the bank.

A few minutes’ walk up the river from Hraunfossar is the Barnafoss (Children’s Fall). It has carved out strange figures from the rock and also has it's own tragic tale.

Jutting out into the bay rises one of the most photographed mountains in Iceland, Mt. Kirkjufell. A photo stop is of course included!

A uniquely Icelandic “treat“ awaits at Bjarnarhöfn, where they make Hákarl – the fermented shark.

We take you 35 meters underground and about 200 meters into the lava tube under the glacier Snæfellsjökull!

UNESCO World Heritage site since 2004. Stroll around the country’s most sacred site, home of the oldest existing national parliament in the world, the Alþingi, and major events in the history of Iceland. Thingvellir is a place of fascinating natural beauty, a spectacular geological vista, set on a vast plain flanked by large fissures, right by Iceland’s largest lake, Thingvallavatn.

There is a variety of hot springs and bubbling pools. The original geyser is now dormant but has been replaced by Strokkur, "the Churn", which erupts at 5-10-minute intervals. The chef of the Restaurant Geysir invites you to taste freshly baked hot spring bread served with Icelandic butter, boiled eggs and herring

The mighty waterfall of Gullfoss - the Golden falls - perhaps the most beautiful in the country. The glacial river of Hvítá (white river) tumbles 32 meters (105 ft.) in a double cascade. On a sunny day a rainbow is very likely in the massive spray.

Learn about the Icelandic horse, its unique qualities and history and visit a geothermal greenhouse.

Lava & Volcano Exhibition Centre, a interactive high-tech exhibition where you learn about geology and active volcanoes in a very entertaining way.

Visit one of Iceland’s finest folk museums. This museum contains an outstanding collection of farm and domestic artefacts from Iceland’s past and several turf-built houses

Under Eyjafjallajökull glacier is the famous volcano that erupted in the spring of 2010. Although a relatively small eruption, it cased a huge disruption to air traffic across Europe for a week.

Take a stroll on the black lava beach and along bird cliffs at Reynisfjara Black Sand Beach. Interesting caves and impressive rock formations can be seen, including columnar basalt.

Jökulsárlón, a glacial lagoon filled with floating icebergs. Explore the amazing site and you might see seals swimming in arctic waters.

Photo stop by this tiny turf church at Hof. Built in 1883 and is the youngest turf church in Iceland.

Visit the village of Vík where we make a photo stop. The black lava beach with high bird cliffs and pounding waves is awe-inspiring

A graceful ribbon-like waterfall, which drops from an overhanging lava cliff. It is possible to walk behind it, but do not expect to stay dry!

The Blue Lagoon is one of Iceland’s most popular attractions, a geothermal pool in the middle of a large and dramatic lava field and an oasis that owes its existence to a nearby geothermal power plant. Admission and towel included.

Relax at your hotel or explore Iceland’s capital city on your own if time allows. The hotel is ideally located to explore the city on foot with the main shopping street, Laugavegur, just around the corner.

Upon arrival look for the Reykjavik Excursions Flybus shuttles located just outside the airport terminal. A Flybus voucher will be provided upon booking. If you need assistance, contact the Reykjavik Excursions/Flybus representative at their sales counter in the arrival hall. The transfer takes about 45 minutes to the BSI bus station in Reykjavík. There you might either continue with the same bus or be transferred to a smaller coach to your accommodation in Reykjavík according to instructions of the driver. Your tour guide will meet you at Hotel Klettur before the 09 AM departure. 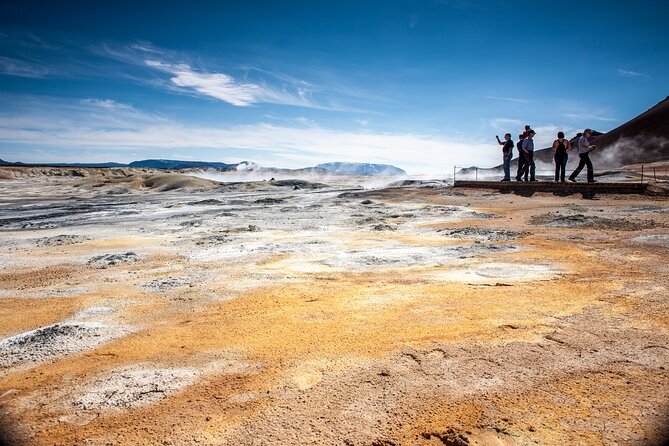 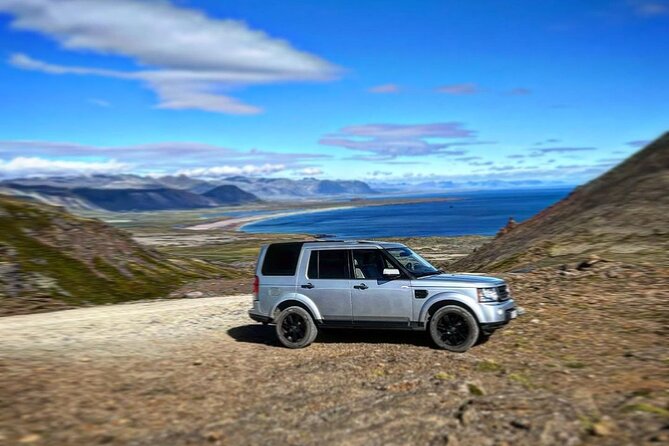 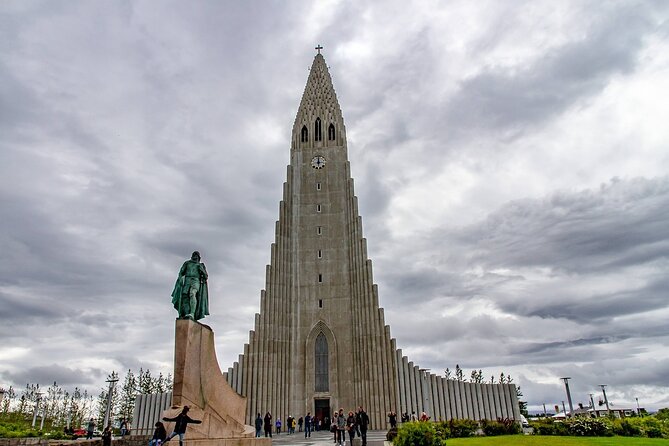 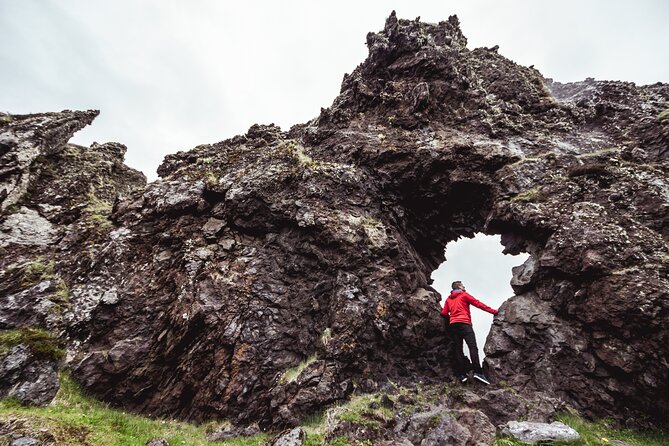 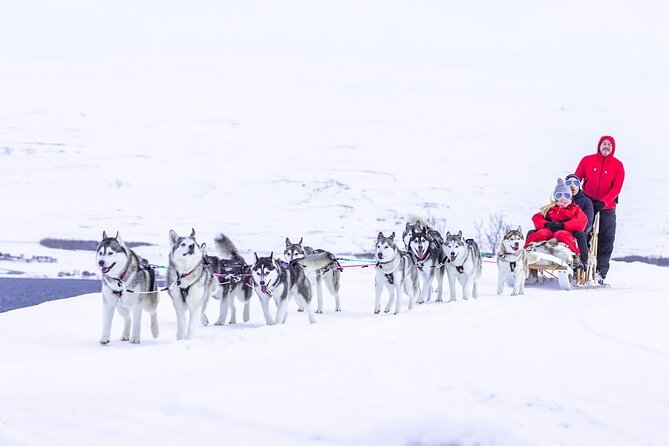 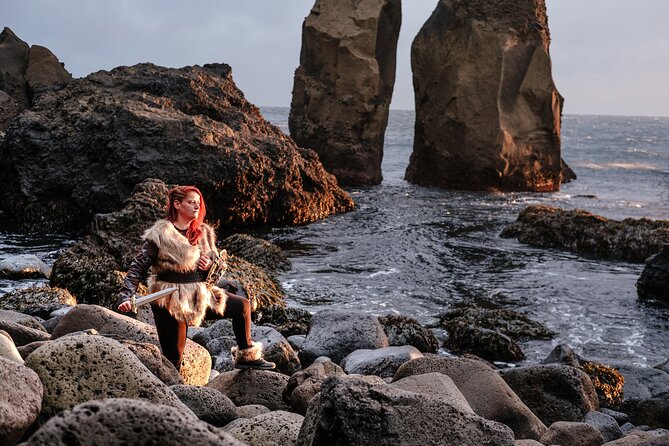 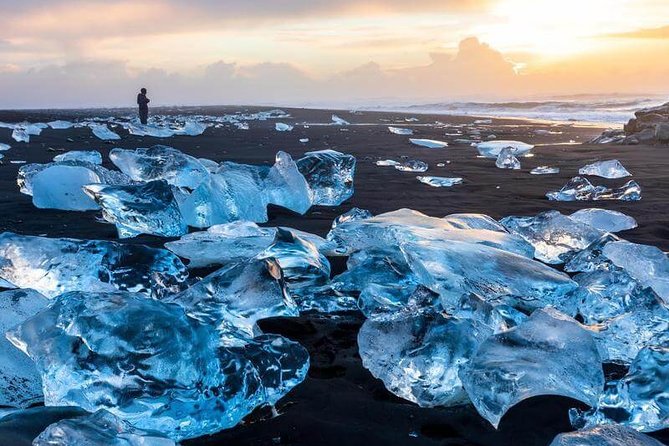