Operated by: Journey to Georgia

Narikala is an ancient fortress overlooking Tbilisi, the capital of Georgia, and the Mtkvari River. The fortress consists of two walled sections on a steep hill between the sulphur baths and the botanical gardens of Tbilisi. On the lower court there is the recently restored St Nicholas church.

The Bridge of Peace is a bow-shaped pedestrian bridge, a steel and glass construction illuminated with numerous LEDs, over the Kura River in downtown Tbilisi, capital of Georgia.

Surrounded by cliffs in the very center of Tbilisi waterfall Leghvtakhevi is one of the coolest places in the city loved by locals and travelers.

Usually local people don't really need the souvenirs, but if yes, it's one of the best places to go. ... All you can need to prove to your friends, colleagues and family that you've been to Georgia: postcards, magnets, wine, brandy, handmade toys, t-shirts, national hats and costumes ...

The Bridge of Peace is a bow-shaped pedestrian bridge, a steel and glass construction illuminated with numerous LEDs, over the Kura River in downtown Tbilisi, capital of Georgia.

Shardeni Street - a small pedestrian street, one of the single centers of the city's cultural and social life.

Narikala is an ancient fortress overlooking Tbilisi, the capital of Georgia, and the Mtkvari River. The fortress consists of two walled sections on a steep hill between the sulphur baths and the botanical gardens of Tbilisi. On the lower court there is the recently restored St Nicholas church.

Virgin Mary Metekhi church is located on the left bank of the river Mtkvari, on the cliff plateau , the first church on this place was probably built by Vakhtang Gorgasali symbolically resembling the church built on virgin Mary’s tomb in Gethsemane garden in Jerusalem.

Rustaveli Avenue, formerly known as Golovin Street, is the central avenue in Tbilisi named after the medieval Georgian poet, Shota Rustaveli. The avenue starts at Freedom Square and extends for about 1.5 km in length

Freedom Square, formerly known as Erivansky or Paskevich-Erivansky Square under Imperial Russia and Beria Square and Lenin Square while part of the Soviet Union, is located in the center of Tbilisi at the eastern end of Rustaveli Avenue.

Winery Khareba owns an unique and rare wine cellar located in Kvareli, in the Alazani Valley. Carved inside the Caucasus mountains and opened in 1962 for the OIV World Congress, the cellar/tunnel is 7,7 kilometers long. The best wines of the Kakheti region have been stored and aged here for decades. The tunnel preserves a natural temperature of 12-14° Celcius with a humidity rate of 70%; the ideal conditions for wine preservation.

Signagi or Sighnaghi is a town in Georgia's easternmost region of Kakheti and the administrative center of the Signagi Municipality.

The Monastery of St. Nino at Bodbe is a Georgian Orthodox monastic complex and the seat of the Bishops of Bodbe located 2 km from the town of Sighnaghi, Kakheti, Georgia. Originally built in the 9th century, it has been significantly remodeled, especially in the 17th century.

Jvari Monastery is a sixth century Georgian Orthodox monastery near Mtskheta, eastern Georgia. Along with other historic structures of Mtskheta, it is listed as a World Heritage site by UNESCO.

Uplistsikhe is an ancient rock-hewn town in eastern Georgia, some 10 kilometers east of the town of Gori, Shida Kartli.

Stop At: Mtskheta Church of the Holy Cross

Mtskheta is a city in Mtskheta-Mtianeti province of Georgia. One of the oldest cities of Georgia, it is located approximately 20 kilometres north of Tbilisi, at the confluence of the Mtkvari and Aragvi rivers.

The Svetitskhoveli Cathedral is an Eastern Orthodox cathedral located in the historic town of Mtskheta, Georgia, to the northwest of the Georgian capital Tbilisi. A masterpiece of the Early Middle Ages, Svetitskhoveli is recognized by UNESCO as a World Heritage Site.

Jinvali, is an artificial water reservoir located on the river Aragvi in Georgia. The building of the hydroelectric dam formed the Zhinvali Reservoir.

Ananuri castle represents multifunctional architectural complex of the late feudal times in Georgia. Built on the right bank of Aragvi River in 16th-17th cc, it was the main seat of Aragvi Eristavi - Dukes dynasty since 13th c . The village Ananuri is located on the main trade rout leading to the North, to Russia and in past it was part of the Great Silk Road. Nowadays the road is called the Georgian Military Highway. The distance from Tbilisi is 74 km (1 h) - beautiful driving along the Zhinvali water reservoir damping clean and blue mountain river of Aragvi. The castle, the bell tower, three churches and beautifully carved walls are the highlites why the site is frequently visited.

Kazbegi (Stepantsminda), is a townlet in the Mtskheta-Mtianeti region of north-eastern Georgia. Historically and ethnographically, the town is part of the Khevi province. It is the center of the Kazbegi Municipality.

Gergeti Trinity Church is a popular name for Holy Trinity Church near the village of Gergeti in Georgia. The church is situated on the right bank of the river Chkheri, at an elevation of 2170 meters, under Mount Kazbegi. 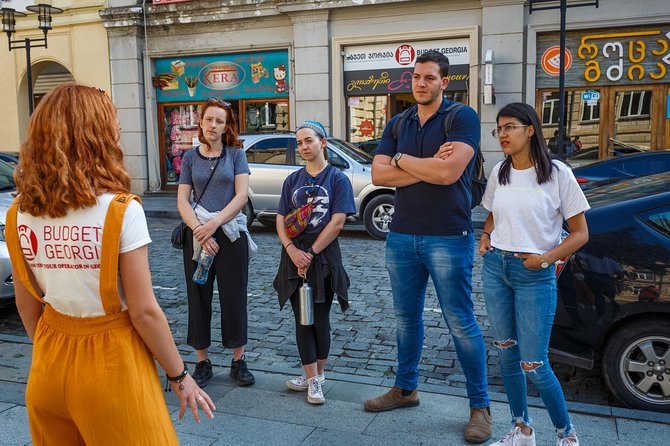 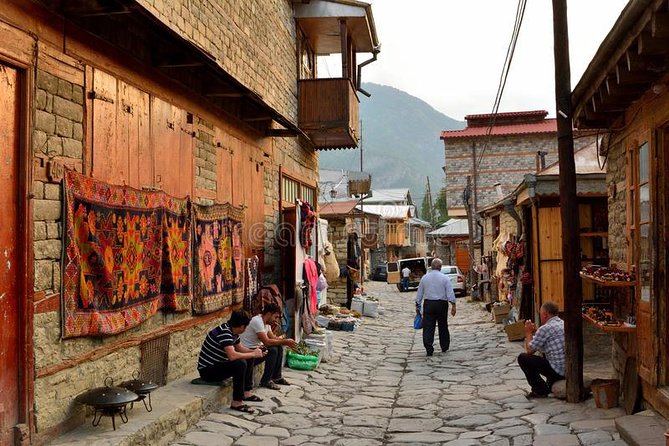 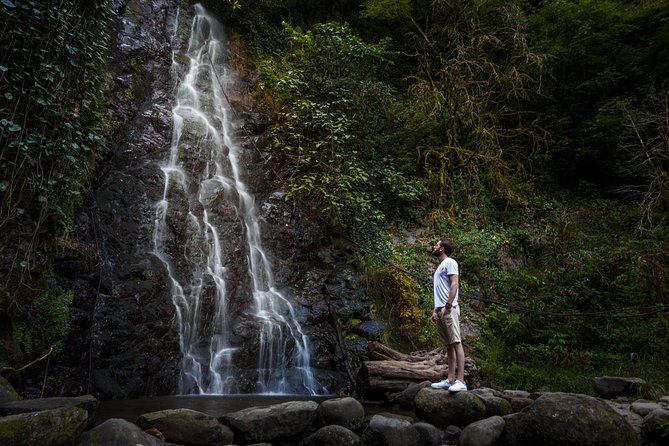 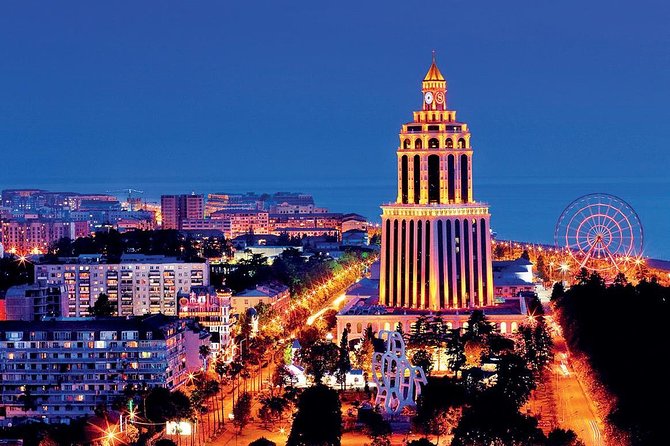 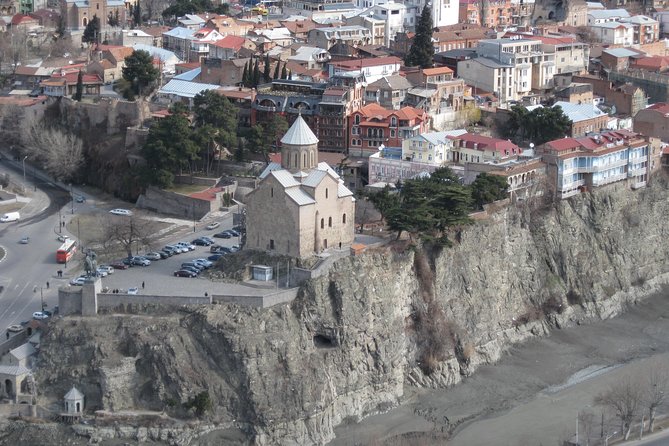 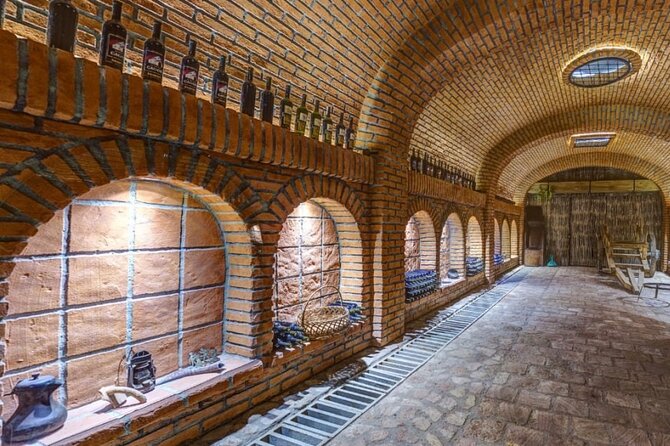